Student Sues Gov't over Textbook that Claims Homosexuality is 'Disorder' 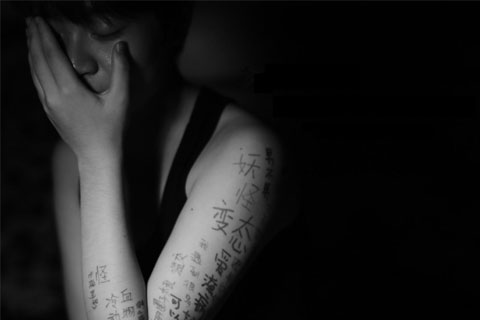 (Beijing) – A Beijing court on June 14 accepted a woman's case against the Ministry of Education, which is asking authorities to revise textbooks that still refer to homosexuality as a "psychological disorder".

The woman, known by the pseudonym Qiubai, is a lesbian studying at Sun Yat-sen University in the southern city of Guangzhou. She submitted the case on June 3 to the First Beijing Intermediate People's Court in her third attempt to have homophobic material removed from college textbooks.

Qiubai told Caixin that many textbooks for students of psychology and medicine and optional reading material recommended by lecturers in other fields still erroneously labeled homosexuality as a mental illness.

Homosexuality was removed from the Chinese Classification of Mental Disorders in 2001 after a revision made by the state-backed Chinese Society of Psychiatry. This followed a 1997 revision to the country's criminal code to decriminalize it.

However, 40 percent of the textbooks reviewed by the Gay and Lesbian Campus Association in China still continued to call homosexuality an "illness" or defined it as "being abnormal," the non-government organization, headquartered in Guangzhou, said.

Qiubai first sued the Ministry of Education in 2015, filing a case at the same Beijing court. But at a pretrial meeting ministry officials persuaded her to drop the case in November and told her to lodge a public complaint instead.

Qiubai said she and a group of gay students had written to the ministry five times before a reply came in March. But the response only said the issue she has raised was "quite special", and they could not offer a written response because they did not have a system to deal with such problems.

Homosexuality remains a taboo topic in official discussions and censors have banned the portrayal of same-sex relationships on television or in films along with pornography.

She said she had no other option but to file a second case after the ministry on May 16, saying these textbooks did not "infringe upon her rights," turned down a request for its legal department to review her complaint.

The Beijing court has not set a date for the first hearing.

In a previous trial, involving a gay man who sued a private clinic that offered a "therapy" to change one's sexual-orientation, another Beijing court ruled in 2014 that the company had used false advertising claims because homosexuality was not a disease.

The country has up to 65 million homosexuals, academics estimate. Less than 15 percent of lesbian, gay, bisexual, transgender and intersex people in China chose to come out to their close family members, a United Nations report published on May 17 showed. Those who opt to be open about their sexual-orientation have to grapple with stigma including the misnomer that they are mentally ill and widespread discrimination, a rights activist said.