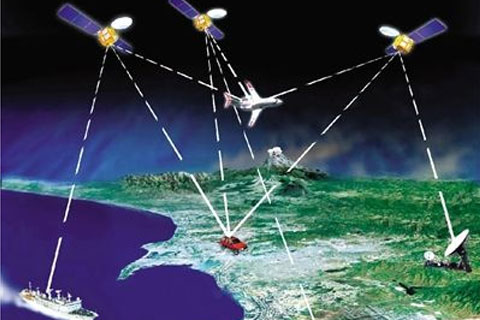 (Beijing) – China has sold technology based on its Beidou satellite navigation system, a rival to the U.S. Global Positioning System (GPS), to over 30 countries, highlighting the system's growing global acceptance, a government whitepaper says.

The national office overseeing development of the domestic satellite navigation system released the first white paper on the project on June 16.

China has been promoting its civil navigation system internationally starting in 2012, mainly to countries along the two trade routes connecting Asia and Europe that come under President Xi Jinping's "One Belt and One Road" initiative.

Pakistan has become the first to adopt the technology. The first phase of the national navigation system in the South Asian country was completed in May in 2014, said Ran Chengqi, a spokesman for China Satellite Navigation Office. The two sides are negotiating to start work on the next stage. Saudi Arabia, Iran and some countries in Southeast Asia have also expressed an interest.

On June 12 the country launched the 23rd satellite linked to Beidou, or "Big Dipper," navigation system into orbit aboard a Long March-3C rocket. The completion of the Chinese constellation by 2020 would turn it into a Global Navigational Satellite System, along with the United States's GPS, Russia's GLONASS and the Galileo system from the European Union. GPS accounts for about 90 percent of the navigation market globally and in China, industry analysts estimate.

Ran said the Chinese system is still limited in terms of its reach and its reliability, consistency and stability had to be improved. But the Chinese side is pushing efforts to develop more navigation products that can use this system, he said.

Over 30 percent of smartphones manufactured in the country in the first quarter come with Beidou-enabled chips, the white paper said. Over 24 million devices could use Beidou signals, including 18 million smartphones as of the end of April, it said.

Scientists are working on high-precision Beidou receivers that will be ready for a trial by the end of the year, Ran said. The new technology, for example, allows taxi-hailing apps to pinpoint the location of a passenger more precisely.

In 2014, the Maritime Safety Committee of the International Maritime Organization (IMO), a United Nations body that sets standards for international shipping, included the technology in its list of World-Wide Radionavigation Systems. This helped boost its international acceptance, experts said.

Beijing has spent billions to develop the technology to reduce the country's dependence on GPS, due to concerns over national security.

Beijing worries that its reliance on the American technology could disrupt operations in many sectors including in banking and power transmission in the event of a dispute, according to industry experts.