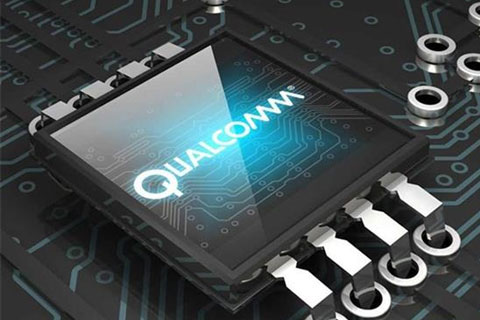 "Meizu has been using Qualcomm's technologies for years without paying related fees," Zhao Bin, vice president of legal and government affairs at Qualcomm, told Caixin on June 28. The world's largest mobile chip maker decided to file the lawsuit at the Beijing Intellectual Property Court after patent licensing negotiations with Meizu – that lasted for over seven years – failed to yield results, he said.

However, Qualcomm is still hoping the two sides can return to the negotiation table, Zhao said.

Meizu, however, blames "the lack of transparency" in Qualcomm's patent licensing agreement for the breakdown in talks that started in 2009.

Meizu's vice president Li Nan said negotiating with the U.S. chip maker was like being "in a black box," because the terms of Qualcomm's deals with other Chinese phone manufacturers were all kept under wraps. "We have no idea whether (the terms they are offering us) are fair, reasonable and non-discriminatory," said Li at a press conference on June 28. The unilateral terms proposed by the chip maker made it difficult to continue the dialog, he said.

Zhao said royalties payable by other licensees in China, including phone makers Huawei and Xiaomi, were consistent with the terms of its 2015 anti-trust settlement agreement with the National Development and Reform Commission (NDRC), the country's top economic planner.

The NDRC, following a 14-month long investigation, said in February 2015 that Qualcomm had abused its dominant market position and charged Chinese smartphone makers unfair patent fees. The NDRC said Qualcomm refused to provide clear patent lists to Chinese companies, included unnecessary patents into its licensing package so it could charge extra fees and also put unfair terms into contracts to prevent competition. The U.S. tech giant was fined US$ 975 million – the biggest penalty handed out since a new anti-monopoly law took effect in China on August 1, 2008.

As part of the settlement, Qualcomm released a plan to fix the problems highlighted by the NDRC, which includes a different formula for setting patent royalties. Under the new plan for phones sold in China, it will calculate royalties based on 65 percent of the device's price, instead of on the whole figure.

According to this plan, Qualcomm now charges phone makers 5 percent of the base figure to license its 3G patents and 3.5 percent to license certain 4G patents, said Zhao.

"If our charges differ greatly from one licensee to another, it will lead to unfair competition and trigger an NDRC investigation," Zhao said.

Meizu's Li, however, said the company was unable to make sure that Qualcomm's practices were just and fair, because it did not have access to agreements with other Chinese phone makers.

Zhao says Qualcomm had furnished enough information in response to questions raised by its client, but they had "hit a wall" because Meizu failed to negotiate "in good faith."

According to Qualcomm, the company has already signed patent licensing pacts with more than 100 companies in China, including the biggest smartphone makers Huawei Technologies Co., ZTE Corporation, Xiaomi Inc, and Lenovo Group Ltd.

The company is also negotiating licensing deals with Vivo Electronics Corp. and Oppo Electronics Corp., the fourth and fifth largest smartphone makers in the country in term of shipments in the first quarter, according to market research firm IDC.

Qualcomm is demanding 520 million yuan in compensation from Meizu, which, according to Zhao, is far less than the royalties it owes for using the chip maker's technology over the years.

Handset manufacturers in China, the world's largest smartphone market, are closely watching the tussle between Qualcomm and Meizu. The outcome of the case will have a ripple effect on the whole industry, because most Chinese phone makers use Qualcomm's 3G or 4G wireless technologies, said a manager of a Shenzhen-based phone manufacturer.

Considering its possible impact, the court is likely to take longer than usual to give a verdict, the manager said.

A comparable case was filed in 2010 by Nokia Corporation, accusing Huaqin Telecom Technology Co. in Shanghai for patent infringement. Nokia demanded Huaqin stop using eight of its patents and pay 90 million yuan in compensation. A Shanghai court took five years to process the case and ruled against Nokia.

Qualcomm owns more than 9,000 patents in China, of which 1,000 are called "standard-essential patents" that are needed to comply with a technical standard.

The company's financial reports showed that royalties from patent licensing deals made up almost 40 percent of its US$ 5.6 billion revenue in the first quarter of 2016.

In 2013, Qualcomm's patent licensing revenue reached US$ 7.6 billion worldwide, including US$ 3.7 billion from Chinese companies.