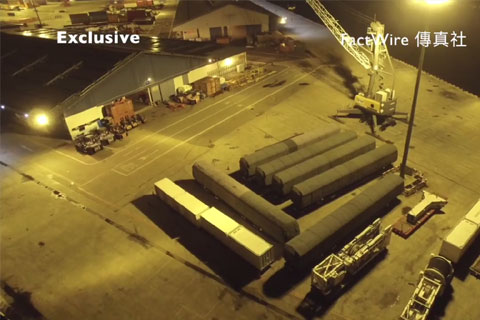 (Beijing) – China's train manufacturer in recent months has recalled 26 defective subway trains sold to Singapore, Singaporean and Hong Kong media reported. They were in use at the time of the recall, but no accidents have been reported.

The trains made by CSR Qingdao Sifang Co. Ltd., a subsidiary of China Railway Rolling Stock Corp. Ltd. (CRRC), were sent back for replacement, Singaporean newspaper The Straits Times reported on July 5.

Lee Ling Wee, managing director of trains at Singapore's public transport operator SMRT Corp. Ltd, confirmed with The Straits Times that 26 subway trains manufactured by Qingdao Sifang and Kawasaki Heavy Industries Ltd., a Japanese transportation equipment maker, had cracks in the structure connecting the car body and railroad truck, a structure underneath a train to which wheel are attached.

The news came out hours after video footage released by FactWire News Agency, a crowd-funded news site in Hong Kong, showed that two underground train carriages were transported from Bishan Depot, owned by SMRT, to the Jurong Port in the city state in mid-June.

An aerial view of Jurong Port, shot by a camera attached to a drone, showed six carriages that had already arrived at the port.

FactWire reported that it saw carriages outside Qingdao Sifang's factory in the eastern province of Shandong in late-June, wrapped in a green covering identical to the kind seen at the port in Singapore.

An employee of Qingdao Sifang who wished to remain anonymous told FactWire that the factory has been receiving faulty subway trains from Singapore since late last year.

In 2009, a consortium led by a subsidiary of Kawasaki and Qingdao Sifang won the contract to build 22 subway trains for Singapore. According to a 2009 Kawasaki press release, the Japanese company was responsible for designing the project, manufacturing railroad trucks and procurement of primary components, while Qingdao Sifang made the rest of the train including the car bodies, assembled it and conducted factory tests.

The Singaporean government later ordered another 13 trains of the same series in 2011.

The Straits Times said Kawasaki's Singaporean office did not respond to its request for comments.

Qingdao Sifang is also the manufacturer of 93 subway trains for Hong Kong's MTR Corp. Ltd., the city's railway operator, which are scheduled to be delivered between 2018 and 2023.

In response to the recall of Singaporean trains, the Hong Kong company told Caixin that it will recruit third-party experts to examine materials used in making the trains and send inspectors to oversee the manufacturing and assembling process. The orders have to pass the city's Electrical and Mechanical Services Department's review before they are put into operation, the company's spokesperson said.

CRRC's annual report showed that revenue from their underground train manufacturing unit grew 36 percent in 2015 from the previous year, making it the second fastest growing business for the company.