Ali Health Buys Out Pharmacy With License to Sell Drugs Online for US$ 2.5 mln 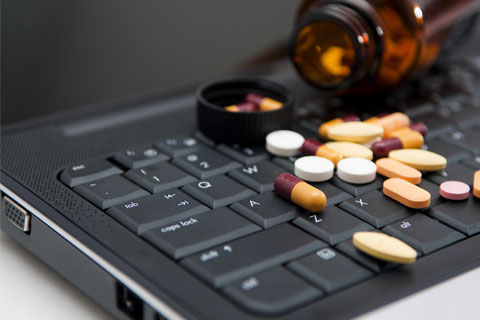 (Beijing) – E-commerce giant Alibaba's healthcare subsidiary acquired a drugstore with a license that allows it to sell over-the-counter medicines online, its latest attempt to enter the rigidly-regulated pharmaceuticals market.

Wuqiannian was founded in 2008 in Guangzhou, in the southern province of Guangdong, and sells OTC medicines and liquid tonic made of traditional Chinese medicines, according to the company's website. It has a five-year license granted by the China Food and Drug Administration (CFDA) in 2015 that allows it to sell drugs online.

Ali Health plans to use Wuqiannian's license to start an online pharmacy to sell OTC drugs, the company told Caixin.

The move comes after Alibaba's attempts to grab a stake in the world's fastest-growing medical market were thwarted by a sudden change in health regulations. A website operated by Ali Health that allowed customers to buy OTC medicines from verified drug retailers called Yao.tmall.com, told its vendors in June to stop selling pharmaceuticals after the government abruptly halted drug sales via third-party platforms.

Ali Health was among one of the three third-party websites that were earlier given a license that allowed retailers to sell OTC drugs on it. While authorities did not give any reasons for the abrupt halt, a CFDA official who asked to stay anonymous told Caixin that the department thought it needed to tighten supervision of third-party platforms selling medicines.

Users can still access the website, but now it has turned into an online display window, offering information about what drugs are available in brick-and-mortar pharmacies.

Government health regulators also slammed the brakes on a pharmaceuticals monitoring system launched by Ali Health that can electronically track a box of pills from factory to shopping bag. The system, which aimed to weed out counterfeits, relied on barcodes to authenticate medicines sold at drug stores. The CFDA suspended it in February after retailers with brick-and-mortar outlets sued it, saying the government's decision to use barcode-readers from one supplier – Ali Health – had created a monopoly and pushed up the cost of participating in this program. According to a recent financial report, selling equipment used by members of the drug-tracking platform was Ali Health's main source of revenue before it was halted.