Was Brexit the Canary in the Coal Mine Signaling the Rise of Populism? 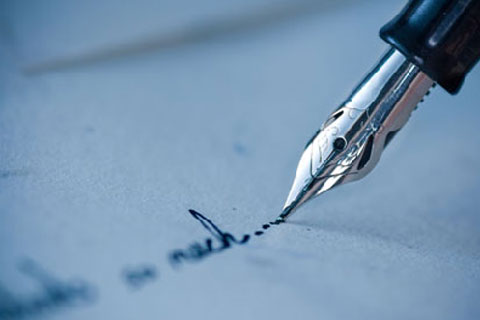 Subject: Re: Did you know Britain was leaving Europe? Should I worry?

Glad to see you figured out how to access your email account. I smiled when I saw your note in my inbox. Thank you, though I am not sure that Thomas Watson felt the same way when Alexander Graham Bell called him.

Britain had a referendum on whether it wanted to continue its membership in the European Union. As you point out, if it were to leave Europe, where would it go? It is not like it can simply pick up, like my cousin Howard, who after 43-years of marriage ran off with his neighbor.

By a slim majority (52-48) the British public decided that they no longer wanted to be part of the European Union. The EU is more than a free-trade association. Brussels, where the EU is headquartered, has over the years, expanded its influence into numerous economic and social aspects.

In some ways, Britain is a victim of its own success. By insisting on a broad union as opposed to a deep union, the British strategy had a logical end point that has been reached. With the exception of Turkey, nearly every country that wants to join the EU has done so. Moreover, as the EU grew, unanimity in decision-making became increasingly cumbersome, and use of qualified majority voting rose. In this process, Britain, like the other members, saw its veto power diminish.

You are right, it was the Tories, who are also known as the Conservatives, that brought Britain into the EU's predecessor, and no less than former Prime Minister Margaret Thatcher ushered the country into the European Exchange Rate Mechanism. But, in the years when it was led by Tony Blair and Gordon Brown, the anti-EU sentiment grew within the Tory Party, and the country as a whole, as evidenced by the rise of the UK Independence Party and its success in the last European Parliament election.

Prime Minister David Cameron promised the referendum. It was a club he could use to bludgeon the EU into concessions that would boost his domestic support for taking on Brussels. He thought it would help unite the conservatives. On both counts, he was proven wrong. The EU's compromises were minor, and the referendum tore his party apart.

I agree. It is too early to tell what happens to the part of the Tory Party that wanted to remain. While a purge is too strong of a word, many will be driven to the sidelines, perhaps to wait for a "we told you so moment" to redeem their careers. Cameron and the Chancellor of Exchequer George Osborne seemed to have enjoyed more support among the public than from the party. There are some Tories that insist Cameron's successor be someone who favored Brexit. The victor gets the spoils.

I don't want to alarm you, but I think it is a momentous decision. Britain is reversing a nearly 50-year-old strategy. There will be far-reaching ramifications. The country is already smaller and poorer. Measured in dollars, the decision to leave the EU saw a 10 percent markdown on Sterling-denominated assets. While the economy has moderated over the past year, its 2 percent growth is the envy of most European countries. But, many economists see Britain slipping into a recession.

The head of the Bank of England has signaled that easier monetary policy may prove necessary. This could be a rate cut. Yes, I know, at the start of the year, it did look like a rate hike was the next move.

Scotland may hold another referendum on independence in light of the decision by the United Kingdom to leave the EU. Despite EU President Juncker's supportive comments, aimed primarily, it would seem, in anger at the vote to break away, the EU cannot be too supportive as it risks weakening Spain's acting Prime Minister Mariano Rajoy who is battling to retain his position after two inconclusive elections.

Northern Ireland also supported remaining in the EU, and it is not clear what it will do. I suppose it could join Ireland. Perhaps it would count as a miracle.

The EU is smaller and weaker as well. Britain accounted for a fifth of its GDP. It was the third-largest member. It was also the third largest contributor. It provided legions of diplomats and negotiators. Through shifting alliances in response to different issues, Britain did manage to influence, but not dictate, the evolution of the EU. Some very smart and rich people (yes, like Mr. George Soros) have warned that Britain's decision could trigger an existential challenge to the EU.

Many businesses located themselves in Britain not only for the domestic market but also for access to the European trade bloc. The country is a member of the World Trade Organization, so there still are some rules and responsibilities. However, the WTO does not cover financial services, which as you know, is vital to London, and offsets a larger part of Britain's merchandise trade deficit. Consumer confidence may be shaken and business investment may go into reverse.

The referendum has also triggered a domestic political crisis. The Tory Party is engaged in a bruising leadership campaign that has seen the previous favorite, former London Mayor Boris Johnson (yes, if I squint my eyes just right he does look at bit like Trump) go down in a Hamlet-style drama.

The Labor Party is ill-prepared to step into the vacuum. The referendum was the third strike. Jeremy Corbyn is being blamed by some for not campaigning forcefully to remain. Before that, Corbyn had led that party into a historic poor showing in local elections in early May. He has also alienated some of the party's most important donors.

Corbyn enjoys (or enjoyed) support from the rank and file Labor Party members. They are to the political left of the elected Labor MPs. Therein lies the tension.

One of the biggest surprises to me has been signals that Britain as planning to wait till next year to start the formal divorce negotiations under Article 50, which refers to a clause injected into the Lisbon Treaty, reportedly at the insistence of France. Initially, Cameron had indicated a near-immediate start. Later, this was postponed until the next government was in place, which means September or October. Now a couple of candidates who want to succeed Cameron have suggested that the Article 50, which begins a two –year negotiation process, won't be triggered until 2017.

I agree, now that its intentions are known, Britain's influence in the EU is waning, and it will not be allowed to take its turn as the rotating head of the group in the second half of next year as was scheduled. Nevertheless, it will still have to pay, though not as much as the scaremongers had said, and enforce current rules and regulations.

There is some thought that Brexit was the canary in the coal mine signaling the rise of nationalistic and anti-globalization forces. Uncle John may make up a lot of things, but he didn't make that up. Opposition parties in France and Italy may use the British example to press their own case, but it is not a done deal by any stretch. Polls in Demark, Finland and Sweden suggest pro-EU sentiment has grown since the referendum. Poland, the Czech Republic, Hungary and Slovakia, however, have become more critical of the EU over the past several months, and the referendum gives them another talking point.

Uncle John is a bit quick to jump to the conclusion that this means Trump will become our next President. He is not doing better than Romney four years ago, and Clinton is drawing more minority voters than Obama did in 2012.

And so it goes. Also, Happy Independence Day (the original Brexit!).

Thanks, and do save the last of your brisket for me. The leftovers are great.