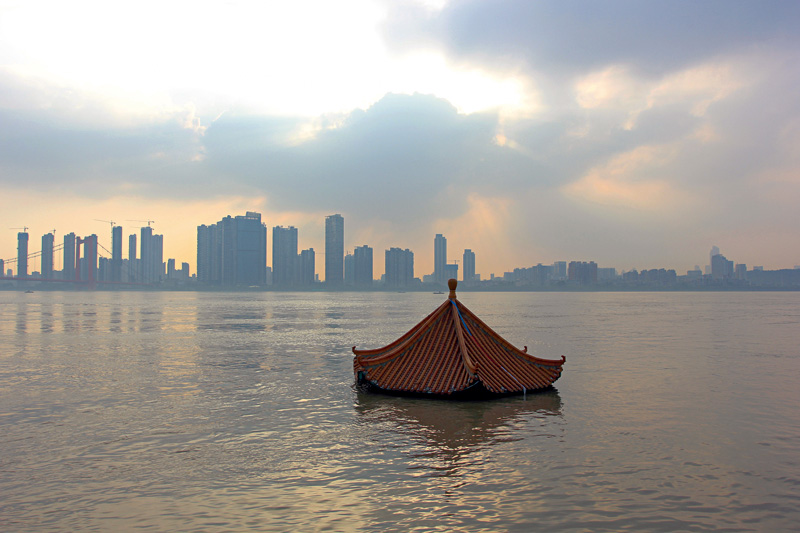 (Beijing) – Reckless urbanization coupled with half-hearted efforts to protect communities from rain-swollen rivers and lakes may have contributed to China's worst flooding in 18 years.

Weeks of torrential rain triggered flooding along lakes and rivers including the Yangtze River in six provinces, displacing about 1.3 million people and killing at least 161 with 61 missing as of July 10, according to the Ministry of Civil Affairs.

The ministry's tally preceded a fresh round of flooding that began after super typhoon Nepartak slammed the mainland July 9. Officials had yet to release damage and displacement data as of July 12, although they blamed the typhoon for at least six deaths on the mainland and two in Taiwan.

Central China's Hubei Province and its capital city Wuhan were among the areas hardest hit by rain-related flooding that worsened over the course of a week before Nepartak's arrival. Later, the southeast coastal province of Fujian bore the brunt of the typhoon's wrath.

Wuhan has been cited as a poster child for the urban sprawl-related conditions that some experts say made the latest flooding worse for the city's 10 million residents.

The Wuhan government let property developers build on so-called "flood diversion" land – tracts traditionally left unfarmed and undeveloped in China to buffer against overflowing rivers and lakes, according to Zhou Jianjun, a professor of hydropower at Tsinghua University's Department of Hydraulic and Hydropower Engineering.

With local government support, Zhou said, builders in recent years however have urbanized a large section of a major diversion tract that runs along the Han River, a Yangtze tributary near Wuhan.

"Much of an area that could potentially divert 6 billion cubic meters of flood water has been developed for residential buildings," Zhou said.

In the typhoon's wake, heavy rains were expected to continue into mid-July over a large section of the country including southeast and central provinces, Zhang Tao, chief forecaster at the National Meteorological Center, told Caixin on July 7.

Zhang said the impact of the almost relentless deluge has been especially seriously disruptive for communities and farmers in the Yangtze basin.

"Since this year's flood season started in China on June 18," he said, "rainfall along the middle and lower reaches of the Yangtze River has exceeded levels not seen since 1998."

Damage from this year's floods has yet to surpass the 1998 devastation, according to Zhou. More than 3,000 deaths and 166 billion yuan in losses were blamed on floods that year along the Yangtze, Songhua and Nen rivers.

And in fact, Zhou said, China's history books are full of accounts of major floods that occurred in July or August.

The city's Dongjing River rose close to an all-time high of 32 meters before subsiding, according to state broadcaster CCTV. Moreover, the Wuhan Meteorological Center said, more than 560 millimeters of rainfall inundated the city between June 30 and July 6, making that week the wettest in Wuhan's recorded history.

The floods crippled the Wuhan public transportation network, including its subway system. Power and even mobile communication links were disrupted in some areas as well.

Neighboring cities fared no better. On July 4 alone, some 285 millimeters of rain swamped the central Hubei city of Macheng, with a population of 1.2 million, while 273 millimeters fell on Jingmen's 3 million residents. For each city, officials said, it was the rainiest day in history.

Across Hubei, some 56 people had died and six were missing as of July 11, according to the provincial government news portal Cnhubei.com, adding that the deluge had seriously disrupted the lives of more than 13.5 million people province-wide. Economic losses in Hubei have exceeded 32.5 billion yuan.

According to the civil affairs ministry's July 10 data, the latest flooding affected some 49 million people nationwide. High water damaged more than 110,000 homes, it said, and caused more than 103 billion yuan in losses.

The pre-typhoon rains also left a swath of death and destruction in areas along the middle and lower reaches of the Yangtze in Hunan, Anhui and Jiangsu provinces. Some areas reported more than 500 millimeters of rain for the week between June 30 and July 6. The number of Yangtze tributaries where water levels surpassed the alert line exceeded 300, the highest number in five years, meteorologists said.

Wuhan's disruptions raised questions among academics and other experts about the city government's flood control efforts. They noted that the government had earmarked 13 billion yuan in 2013 for a project designed to strengthen flood controls, and improve sewer and drainage systems.

Through the project, Wuhan Bureau of Water Resources authorities had promised to revamp the urban drainage system and drastically expand its street and land run-off capacity. The system was supposed to be able to handle up to 200 millimeters of rainfall per day – and cloudbursts that dumped up to 50 millimeters an hour – by the end of 2015.

If the system had worked as promised, Wuhan should have been protected from the latest rains, which rarely exceeded more than 100 millimeters per day and never reached 200 millimeters. Instead, many parts of the city were submerged.

The water bureau authorities responded to critics at a July 7 news conference by offering three reasons for the severe flooding.

For starters, the bureau said, Wuhan was built on former wetlands that encompass low-lying areas especially prone to flooding. Secondly, he cited an El Niño effect this year that he said was the worst he's seen in his three-decade-long career.

The water authorities also blamed the city's urban drainage network, which he said was installed at a time when China was relatively poor. The system can handle up to 100 millimeters of rainfall in a 24-hour period, and up to 34.5 millimeters per hour, he said.

When asked why Wuhan was flooded despite the sewage system improvement project launched in 2013, an official working for the water resources bureau told Caixin on July 7 that work was still underway.

To date, said the official, who asked not to be identified, only 4 billion yuan of the promised 13 billion yuan has been spent on the project. The money spent has so far gone toward construction of several floodwater pump systems.

And the project spending had been suspended pending further coordination steps that would involve several Wuhan government departments, and require stamps of approval from certain provincial and central government authorities, he said.

Some experts argued that the latest flooding in Wuhan would have been much worse if not for the flood control progress made since 2013. They noted, for example, that in several, badly submerged neighborhoods the water drained away more quickly than in the past.

At the same time, though, these analysts acknowledged that the city's flooding problems are man-made and have little to do with the area's geography or past as a wetlands area.

The city boasted 127 lakes within its boundaries in the 1950s, covering some 874 square kilometers, according to a city water bureau official who asked not to be named. Today, Wuhan has 37 lakes covering 645 square kilometers of water surface.

"None of those lakes disappeared naturally," the official said, adding that the lake-draining continues even today.

A large lake in the town of Hankou, northwest of Wuhan, has been drained even though it historically played a key role in flood control, said researchers Tan Shukui and Ren Weizhou, retired Hubei University professors who have studied the history of Wuhan-area flooding.

Thanks to the lake, they said, no flooding occurred in the area between 1906 and 1948 despite 27 heavy rain periods in those years. During each period, up to 275 millimeters of rain fell every day.

At the height of the recent flooding, Wuhan's largest lake, Tangxun Lake, was the scene of frantic efforts to shore up a bank and save a nearby neighborhood. Some 600 paramilitary soldiers struggled for hours July 5 before successfully plugging a breach in the bank that was 30 meters long and one meter deep.

A major dike breach on a Yangtze tributary about 30 kilometers from the Anhui Province capital of Hefei forced about 11,000 people to flee and flooded more than 1,300 hectares on July 5. The swollen river smashed a hole in the dike that was dozens of meters wide.

It was one of nearly 1,000 breaches of banks, dams and dikes reported in hard-hit areas of the country including Hunan and Hubei provinces, said officials at the central government's Office of State Control and Drought Relief on July 6.

Flood control systems in many areas have not received proper attention from local government officials who would rather focus on generating economic growth, said Weng Lida, a former director of the Yangtze Water Resources Commission's Bureau of Water Resources.

"Spending on flood control infrastructure is something local governments usually try to put off for as long as possible, until there's a major flood," Weng said. "Then they have to do something about it."

This summer's flooding also rang alarm bells over the condition of diversion areas, according to Cheng Xiaotao, who serves on a committee of experts serving the China National Commission for Disaster Reduction.

Central government authorities have designated these tracts of open land, usually in rural areas, to be used for storing water in the event of a flood emergency. Water spilling from overflowing rivers and lakes is to be diverted into these tracts and away from urban areas.

Cheng said the existence of diversion areas has been threatened by a lack of funding for their upkeep. Moreover, he said, many of these areas have fallen prey to government-led farm expansions and commercial development projects.

Planning is now under way to create more than 40 diversion areas along the middle and lower reaches of the Yangtze, according to the Ministry of Water Resources. These areas could potentially hold a combined 59 billion cubic meters of flood water.

But some diversion projects have been stymied by a lack of interest among local officials. For example, officials have been blamed for a lack of progress toward building a major diversion area planned in an area near the convergence of the Yangtze and Dongting Lake in central Hunan Province, a ministry official admitted during a recent interview with reporters.

Local authorities did not explicitly set a timeframe, but the Dongting diversion area would be designed to hold up to 10 billion cubic meters of water that would otherwise flood the nearby city of Yueyang with a population of 5.6 million.