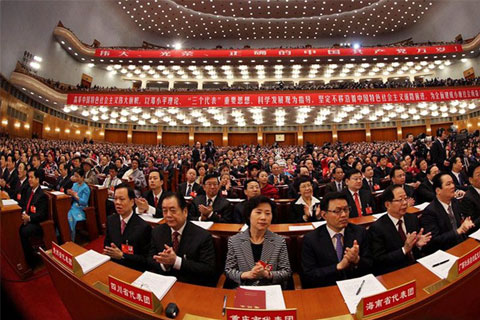 (Beijing) - The Communist Party of China released new guidelines to hold party cadre accountable for graft, negligence and violations of its austerity rules, in a move experts say aims to restore public trust.

Officials would also be punished for their poor leadership and lack of loyalty to the party, the guidelines released on July 18 said, without giving details.

Setting up an internal accountability mechanism applicable to all levels and divisions of the party is the latest in a series of moves by CPC's general secretary Xi Jinping to tighten scrutiny over its 87 million plus members, after assuming the top position in 2012 amid rising public criticism over corruption and red tape.

The rules announced by the Central Committee, the party's top decision-making body, also say that officials would be punished for attempting to divide the party by setting up different factions.

Officials in high positions would be the first in line to be punished for violating the party's disciplinary code, the Central committee said. Those who are found guilty of serious violations that result in tarnishing the party's reputation or causing "major losses" to it would be demoted or expelled from the party, the guidelines showed. However it did not define what qualifies as a "major loss."

The party already has a mechanism in place to refer a member to the state prosecutor's office for a possible criminal investigation after its internal disciplinary committee has probed into violations linked to party rules.

The document explicitly stated that members who have retired could also be investigated for violating party rules during their tenure.

This has happened in the past. The party's anti-graft watchdog started investigating the disgraced domestic security czar Zhou Yongkang in 2013, a year after his retirement.

A court sentenced Zhou, 73, to life in prison for bribery, abuse of power and leaking state secrets.

The party also rolled out a code of conduct for party members in January amidst an ongoing crackdown to weed out graft.