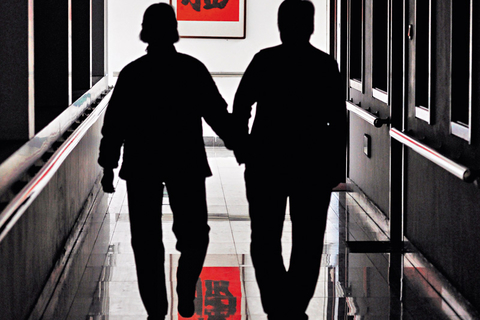 In spite of fierce public opposition, the central government is pushing ahead with a plan to delay the retirement age for workers to ease the pressure on the country's pension system.

New policies on the retirement age will be released by the end of this year, Minister of Human Resources and Social Security Yin Weimin told the G20 Labor and Employment Ministers Meeting in Beijing on July 13.

The rules, however, will not come into effect in full until 2022, the ministry said and the retirement age will be pushed back incrementally by adding "several months each year."

The final target is to raise the age at which a female government employee is eligible for a pension from 55 to 60; and from 60 to 65 for a male civil servant.

The limit has also been pushed up by five years in the private sector, and women must now work until age 55 and men until age 65, to be eligible for a pension.

Those with "iron rice bowl" jobs in the government, state-institutions and state-owned enterprises stand to benefit from the policy as they can have access to a stable income for five more years without fear of redundancy. The same can be said about staff in public schools including teachers and professors as they can enjoy job-related allowances for a few more years.

The change will be more of a windfall for government officials as they could hold on to their positions and associated benefits for longer.

On the other hand, the vast majority toiling in the private sector are certain to lose out because of the change. As they age and their health deteriorates, they would become less competitive in the job market or too weak to take on physically challenging jobs.

The human resources minister said that all workers could choose to retire earlier if they wish to by quitting their jobs. But of those at the bottom of the social ladder, who rely on their monthly incomes to put food on the table, how many could afford this luxury?

Many academics have also rallied behind the government in support of the new policy on the premise that employees in many developed countries have to work far more years before they are eligible for a pension.

For example, in the United States where social security benefits are not particularly impressive, workers have the option of retiring at age 62 and receiving a discounted pension or working all the way until age 67 to have a full pension. The pension amount in the United States is closely tied to the number of years people have paid taxes.

In China, employees have little incentive to pay more into the pension fund. Those who get laid off have to pay for their pension plan from their own pocket.

In theory, workers could get a small increase in their payouts for the extra years they contribute to the pension fund. But when we factor in inflation, it is hard to predict if the pension payout is enough for retirees to survive on.

Delaying the age of retirement will certainly hurt those who could have otherwise retired earlier and accessed their pension payment to ease their financial hardships.

Many workers also said they were unhappy with the policy because they felt they might not necessarily live long enough to get the maximum benefit from their pension plans.

However authorities have apparently been unfazed by these sentiments.

The government might have many reasons to go ahead with the change, but authorities must address its impact on those who are most vulnerable, particularly when it comes to a public policy aimed at providing a social security net for all.