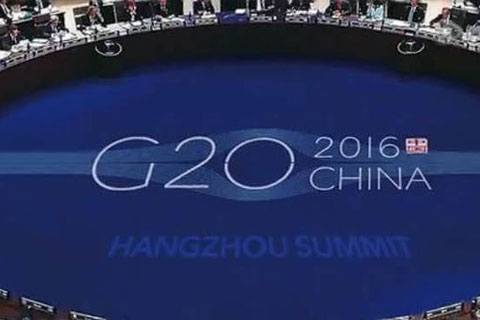 China's Finance Minister Lou Jiwei proposed development of a new international taxation system at a G20 meeting in Chengdu over the weekend, joining a global movement aimed at stopping companies and individuals from exploiting discrepancies in different countries' laws to evade taxes.

Other highlights from the meeting of finance ministers and central bank governors at the weekend, the last before the G20 Summit in September, included a potential issuance of Special Drawing Rights (SDR)-denominated bonds in China next month.

A new global tax system should be fair, equal, inclusive and organized to cope with globalization, boost tax coordination and promote sustainable economic growth, Lou said at the meeting. Such a move would broaden global, regional and multilateral tax cooperation, and avoid overlap and discrimination, he added.

G20 countries have already reached some milestones in reducing tax evasion by companies and individuals. An inclusive framework to tackle issues like base erosion and profit shifting (BEPS), referring to exploitation of tax rule gaps to artificially shift profits to low or no-tax locations, has attracted 85 member nations so far, including all G20 countries.

In a bid to boost tax transparency, the G20 reiterated its call for a standard for the automated exchange of information by 2018, and for the signing of the Multilateral Convention on Mutual Administrative Assistance in Tax Matters. So far 96 countries and regions have promised to exchange taxation information automatically.

Lou agreed with the need to tax e-commerce, financial technology and services based on the shared economy, such as private car services offered by companies like Uber and China's own rival Didi Chuxing.

"But it is technically difficult to tax the digital world," said Lou, referring to issues such as identifying Internet users and calculating transactions over a wide range of platforms.

Other reforms such as property taxes will take longer to resolve in China, Lou said. He added it may be impossible to submit draft legislation for a property tax law by 2018, which is when legislators finish their term. The issue has been left hanging for 13 years, as the government seeks to strike a balance between boosting tax revenues without overly cooling the property market.

SDR-denominated bonds may be issued in China's interbank market as early as August, Zhu Jun, director of the international department of China's central bank, told Caixin.

Zhu said that an international development organization is preparing the bond issue, but didn't specify a name or the size of the bond.

The Chinese yuan will join the SDR basket of currencies beginning on October 1, marking a major advance for the nation as it tries to integrate itself more closely with the global financial system.