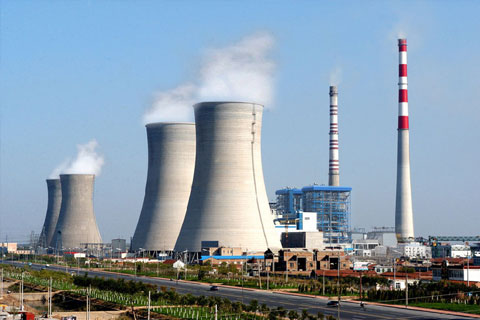 (Beijing) - Profits of industrial companies in China rose 6.2 percent to almost 3 trillion yuan, or US$450 billion, in the first half of 2016 from a year earlier, recovering from a 0.7 percent contraction in the same period in 2015, the National Bureau of Statistics (NBS) said.

The pace of profit growth has edged up. In June alone, industrial companies reported a 5.1 percent growth in revenue compared to last June, while the figure in May rose 3.7 percent, NBS data released on June 27 showed.

There have been some positive changes, NBS official He Ping said in a statement accompanying the data. Besides an uptick in the pace of growth, He pointed out that costs, unsold inventory and liabilities have all reduced.

In June, the cost of earning every 100 yuan fell 0.11 yuan year on year to 86.02 yuan. The number of goods remaining unsold in warehouses decreased by 1.9 percent as of the end of June compared to the first half of 2015. The debt-to-asset ratio of industrial companies fell by over half a percentage point to 56.6 percent, NBS figures showed. The data only covers enterprises with annual revenue of over 20 million yuan from their main operations, the bureau said.

Overall profits in manufacturing rose 12 percent, compared to figures in the first half of 2015, fueled by strong performance from domestic mobile handset makers. Profits of telecom device manufacturers jumped 19.5 percent from January to June compared to the same period last year.

However, profits in sectors plagued by overcapacity and a fall in global commodity prices fell sharply. For example, the mining sector saw its profits drop by over 83 percent from January to June, the bureau said.

Earnings from petroleum and natural gas exploration was among the worst affected, declining 161.7 percent year on year in the first six months, while profits from coal mining slipped by 38.5 percent from a year earlier.

China plans to cut steel and coal capacity by 45 million tons and 280 million tons respectively, and to retrain 880,000 employees in these two sectors this year, Xu Shaoshi, an official from the National Development and Reform Commission, the country's top economic planner, said in June. About 15 percent of the total workforce in these two sectors, or 1.8 million people, would be laid off as excess production facilities are shut down, minister of human resources and social security Yin Weimin estimated.

The central government has set aside nearly 28 billion yuan to help local governments pay for closures linked to trimming overcapacity in the steel and coal sectors this year.

Meanwhile, Chinese industrial firms' debt at the end of June was 0.6 percent lower than last June.

Profits of state-owned industrial firms fell 8 percent in the first six months of 2016, while the bottom lines of privately-owned companies and those backed by investors outside the mainland grew 8.8 percent and 5 percent respectively.

Performance data from state-owned enterprises in China have long shown that they are using capital far less efficiently than their private business counterparts. Faced with low profitability, the government has pushed for SOE reforms that include merging underperforming entities, cutting salaries, encouraging employees to become shareholders and corporate restructuring.