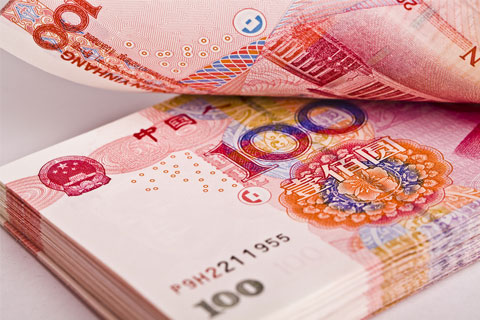 On average, private companies needed to pay an annual interest rate of 9.9 percent on loans in the second quarter, about 6 percentage points higher than those for SOEs, according to a report the investment bank published last week. The gap between the two sectors' borrowing costs was only 3 percentage points at the end of last year, the report shows.

The figure may still have underestimated the real cost of debt financing for private firms, because loans offered by policy banks to SOEs normally had an interest rate much lower than the estimates used by the researchers, Liang Hong, CICC's chief economist who co-authored the report, wrote in a commentary on Caixin's Chinese-language website.

The interest rates on loans to private firms were punitively high and unjustified, Liang wrote, because private firms have steadily outperformed SOEs this year across a range of key performance indicators, including profit margins and growth, cash flows and return on assets.

The profits of A-share listed private firms, for example, grew by nearly 33 percent year-on-year in the first quarter, while that of listed SOEs fell by 6.6 percent, the commentary says.

High financing cost was one of the main reasons that dampened private investment， the report said. In the first six months of this year, private fixed-asset investment grew by only 2.8 percent from the same period of 2015, compared with the annual growth rate of 10 percent last year, data from the National Bureau of Statistics show.

In June alone, the value of private fixed-asset investment posted its first year-on-year decline since 2010, while public sector investment, which includes mainly SOE investment, grew by 21.2 percent, according to the data.

That means all increased fixed-asset investment last month came from the public sector including SOEs, Liang wrote in the commentary.

Easy funding has also helped SOEs go on a land acquisition binge, according to CICC's research. Last year, 80 percent of all "land kings", which refer to plots sold for a record price per unit, were bought by SOEs, and the ratio this year to date has reached two thirds, according to the commentary.