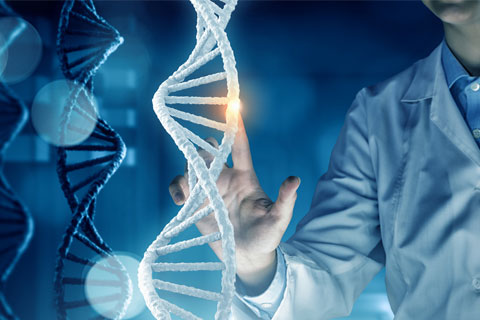 (Beijing) - A Chinese scientist who discovered a new protein that can be used for genome editing has defended the finding amid questions raised by foreign researchers who say they failed to replicate the process.

Han Chunyu, an associate professor of biology at Hebei University of Science and Technology in northern city of Shijiazhuang, and his team published their findings about a genome editing technique using a bacteria known as Natronobacterium gregory Argonaute or NgAgo in the scientific journal Nature Biotechnology in May. The finding was hailed as a major breakthrough in genome studies by Chinese scientists interviewed by the South China Morning Post immediately after the journal article was published, because it offers an alternative to a widely adopted gene editing technique known as CRISPR/Cas9.

Han's research has the potential to be used in solutions for cancer and even ageing, according to scientists both at home and abroad.

Chinese media praised the 42-year-old as a prime example of the country's homegrown research and development talent because Han had never studied or trained abroad.

However, in a blog entry on July 29, Gaetan Burgio, a professor of genetics at Australian National University, said he was unable to replicate Han's experiment using a different sequence of genes from a zygote of a mouse in the last two months.

He said his experiments also suggested that the NgAgo enzyme needs to be heated to over 50 degrees Celsius before it can function, which is at odds with the 37 degrees Celsius stated in Han's paper.

Burgio says he was skeptical of Han's research, not because his own experiment failed, but because other foreign labs that tried to replicate the proposed technique had all been unsuccessful.

"... all laboratories that have tried this system or a similar one in the last two months were unsuccessful (I've been told 74 laboratories just in the United States)," Burgio wrote in an email to Caixin on August 1. "Collectively, yes the evidence is sufficient to qualify Han's work as problematic."

In response to a Caixin inquiry, Han said the blog article posted by Burgio was "unscientific" and Burgio's experiment is nothing like what his team did.

Han has had to defend his research from criticism coming from other sources as well. Dr. Lluis Montoliu from Spain's National Center for Biotechnology told Caixin in an email on July 30 that his team was excited after learning about Han's paper as a similar research at his lab over the past two years was yet to produce promising results.

Montoliu says he immediately contacted Han and requested access to his NgAgo plasmid, the reagent or substance needed to reproduce Han's research. Han provided this in early June, Montoliu wrote.

However, experiments at labs around the world showed that this reagent is not delivering the results as advertised, Montoliu wrote.

He said he had also asked Han to share his raw data and exact conditions under which the experiments were done, so that other scientists could have a better understanding of how to reproduce his findings and to identify the mistakes in their own processes.

"We can't waste more funds, people, time and animals with experiments that do not work," Montoliu said. "We should wait for newer instructions or details from Han or for the release of a more robust NgAgo from other bugs."

Han refused to comment when asked whether he would release the raw data as requested.

Nature Publishing Group, which owns journal Nature Biotechnology, has not responded to a Caixin inquiry on whether it would take any action after several scientists had raised questions about Han's journal article.