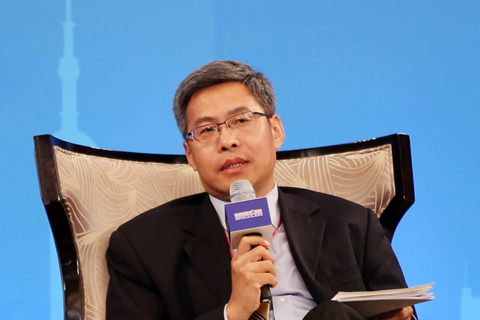 Qi Bin, who was at the China Securities Regulatory Commission (CSRC) for 16 years, assumed responsibilities in his new role on August 3, sources with knowledge of the matter told Caixin. CIC has not announced the appointment yet.

Qi, 48, joined CSRC in 2000 after studying and working abroad for several years including a stint at Goldman Sachs Asset Management. He served as the head of CSRC’s Department of International Affairs for nearly two years before leaving for the CIC, and has been credited with encouraging Chinese companies to list in Hong Kong by cutting red tape and relaxing regulations.

Colleagues say he was a driving force behind the launch of the Shanghai-Hong Kong stock connect system in November 2014, which allowed international investors to buy stocks listed in the Shanghai Stock Exchange through brokerage firms in Hong Kong, and vice versa. Previously, foreign investors could only indirectly participate in the mainland market through very limited channels such as the Qualified Foreign Institutional Investor program.

Qi secured the position at the CIC through a competitive system open to executives at large state-controlled financial institutions, sources close to the situation said. The process requires applicants to take exams and interviews before the Organization Department of the ruling Communist Party vets the candidates for the job, they said.

Qi has worked in several CSRC departments, with responsibilities ranging from researching on the capital market and regulations to supervising fund companies and financial innovation.

CIC has just posted an annual loss on its overseas investments last year – the first since 2011 – and blamed it on falling commodity prices and a strengthening U.S. dollar, which depreciated the value of assets denominated in other currencies in its portfolio.