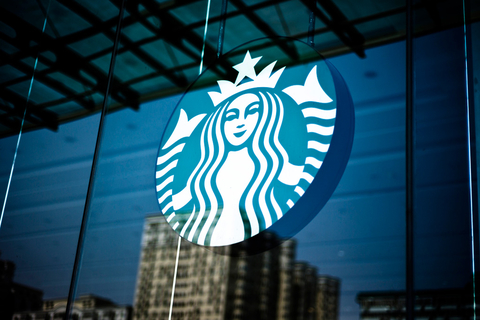 (Beijing) – American coffee chain Starbucks Corp. announced a recall of over 54,000 stainless steel straws in China after receiving reports of small children cutting their mouths on them in the United States and Canada, China's quality supervisor said.

The Chinese arm of the company headquartered in Seattle said on August 3 that it was recalling these reusable straws made from September 2013 to March this year, according to a statement on the website of the General Administration of Quality Supervision, Inspection and Quarantine.

The recall in China started a day after the company ordered its outlets in the U.S. to buy back 2.5 million steel straws, which were designed to be used with to-go cups and bottles sold by Starbucks. Starbucks franchises in Canada were also told to collect over 300,000 units after the company received complaints from customers in North America where young children had lacerated their mouths while using the straw, the company said on its website on August 2.

"This is a precautionary move," Starbucks' Chinese arm said on the company's website. "Customers, especially children, may be accidentally injured if they fall on the straw while using it."

Customers can bring the straws to Starbucks stores to exchange them for free plastic ones, the Chinese subsidiary said.

A Caixin editor found that the straws have been taken off the shelf at a Starbucks outlet in Sanlitun, a popular shopping area in downtown Beijing, but third parties are still selling these steel straws brought from Starbucks or fakes that closely mimic the original, on the country's largest e-commerce site Taobao.

The American coffee chain opened its first store on the Chinese mainland in 1999 in Beijing and has now expanded to over 100 cities with more than 2,100 outlets. Store sales rose 7 percent in China in the third fiscal quarter compared to the previous quarter, the company's financial report released in July showed.

Chinese Internet users are comparing the recall to a previous incident involving Swedish furniture maker Ikea. In July, Ikea buckled under pressure from regulators and Net users in China and recalled 1.7 million pieces of furniture in the country over potential safety hazards, two weeks after issuing a recall in the U.S. The recall initially only applied to North America where safety officials blamed chests and dressers for the deaths of at least six toddlers.

Angry Chinese consumers took to social media to complain about the company's recall practices, which they said "discriminate against Chinese," and to criticize inadequate domestic safety regulations. Several local governments, including the one in the eastern city of Nanjing, said they "refused Ikea's double standards" and urged the company to treat customers everywhere equally.