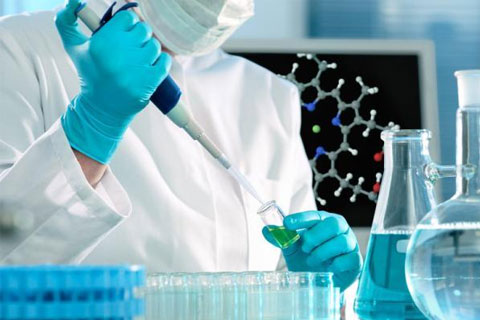 (Beijing) - China plans to increase spending on research and development to 2.5 percent of its gross domestic product by 2020 in a bid to foster innovation crucial for growth, a central government blueprint released on August 8 shows.

The country spent over 1.4 trillion yuan or 2.1 percent of its GDP on R&D in 2015, according to official data.

The State Council, China's cabinet, said its latest 13th Five-Year Plan for R&D aims to raise the country's research capacity and help it secure a place among the top 15 innovative countries in the world by 2020.

China is now ranked 18th in a global innovation ranking developed by the state-backed Chinese Academy of Science and Technology for Development in 2011.

The document has also focused on new ways to fund innovation via the equity market, an issue which has been rarely discussed in similar plans in the past because most research projects are funded by the government, Xu Liang, an official from the Ministry of Science and Technology, told state-run Xinhua News Agency.

Amid the economic slowdown, authorities have pushed for moves to foster innovation, calling it a new growth engine, to prevent the world's second largest economy from heading into a hard landing.

High-tech services contributed 15 percent of the country's GDP in 2015, the State Council said, and it expects this to rise to almost one-fifths by 2020.

For example, a home-grown global satellite navigation system known as Beidou or "Big Dipper," similar to United States' GPS or Russia's GLONASS is slated to be completed in 2020.

The State Council also wants to boost the number of citations for academic papers penned by Chinese scientists. China is in second place in terms of the total number of research papers published in international journals, but it only ranks fourth when it comes to the number of references to them, official statistics show.

The cabinet also wants to double the number of patents per 10,000 people in China by 2020 compared to the figure in 2015, according to the plan.

In addition to turning China into a scientific powerhouse, the blueprint wants to explore ways to facilitate supply-side reform through innovation, Xu said.

This is in line with the ruling Communist Party's decision to make innovation a top priority as a means to spur supply-side changes during a national conference in November last year.