Regulating Cyberspace in the Didi-Uber Era 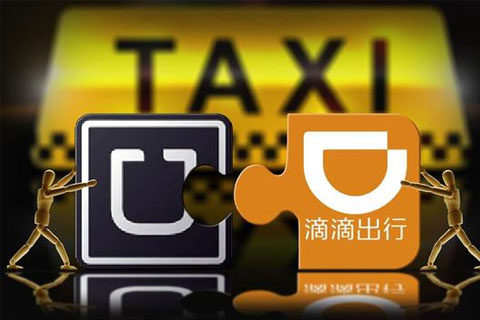 It's been an eventful summer for China's online, car-hailing industry. First, the government decided to legalize the sector. Then, a pair of rival companies announced a major merger.

The market buzzed after full legal status was granted July 28. China thus became the first country in the world with a nationwide, legal framework for car-hailing companies, which had for years operated in a gray zone.

Four days later, competitors Didi Chuxing Technology Co. and the Chinese arm of Uber Technologies Inc. decided to join hands. The merged company is expected to be a major force, as the companies separately handled more than 90 percent of all car-hailing orders in China in the first quarter 2016.

A heated debate ensued over whether the Didi-Uber China tie-up would create a monopoly. Neither company has addressed this issue so far, nor have the government's anti-trust regulators taken an explicit position.

According to China's Anti-Trust Law, deal-making companies must apply for a merger approval from the government's anti-trust gatekeeper, the Ministry of Commerce, if their combined global revenues exceeded 10 billion yuan or domestic earnings were more than 2 billion yuan in the previous fiscal year, and at least two entities involved in the deal made 400 million yuan combined in China. The law is designed to uphold "fair competition" and prevent price manipulation.

Didi said after the announcement that both Didi and Uber China have not turned a profit in the country, so they don't need to apply for merger permission.

But the ministry said August 2 that a Didi-Uber China merger "cannot proceed unless they (the companies) apply for permission."

What happens next is unclear.

China's anti-trust regulators have yet to express a clear view on consolidations in the cyberspace realm. In the past, they didn't demand reviews when Internet companies cut eye-catching deals, such as the merger of top online travel agencies Ctrip.com International and Qunar.com Information Technology Co.

Some analysts have argued that the anti-trust law which took effect in 2008 was actually designed to address the needs of manufacturers and heavy industry, and does not match the business landscape of today's Internet age.

For instance, defining a business' "relevant market" is a critical factor when regulators decide whether an antitrust violation has been committed. But Internet-based businesses are increasingly interrelated, and some of their products are free. Moreover, Internet companies cross-subsidize their various businesses.

Internet players such as China's online car-hailing businesses are part of a new, innovative corner of the economy that deserves encouragement and support. Clearly, regulators should not presume that innovative companies are guilty and intentionally block a deal such as the Didi-Uber China merger before they've even started an anti-trust review.

A proper degree of supervision will protect fair competition by ensuring companies, including Internet companies, obey market rules. So it's time for China's anti-trust regulators to decide where they stand in the area of Internet sector consolidation. Regulators must not neglect their responsibility.

A clear line should be drawn between two types of monopolization. One creates market barriers through administrative measures, while the other lets giant companies suppress competitors by means of operational scale.

Like many online businesses, car-hailing is a cut-throat market where the winner takes all. After a merger, it would be possible for Didi to control an overwhelming share of the market and form a de facto monopoly.

Of course, a company with a large market share doesn't necessarily deserve an anti-trust review. Some experts suggest anti-trust investigations should kick in only if a deal has network effects, restricts market entry options for other players, or forces customer to pay dearly for changing services.

Because online technology is quickly evolving, it seems no single company can monopolize a market niche permanently. This is especially true if the market is kept open.

Local governments can also rein in the growing dominance of online car-hailing services by pushing forward market-oriented reforms for managing the traditional taxi sector. Such steps would boost competition.

Didi executives would do well to keep an open mind in the face of anti-trust accusations. It may be that regulators are being more tolerant toward Internet businesses than other kinds of companies as a way to encourage growth and innovation.

Internet giants are increasingly involved in the everyday lives of consumers, sometimes deeply involved. Yet some businesses in this sector, which attract huge capital inputs, take advantage of regulatory loopholes – a model that is not necessarily sustainable. Thus, Internet companies must take a more proactive approach to complying with laws and regulations. Taking the initiative to discuss potential anti-trust issues with regulators would show goodwill on the part of companies involved in merger deals.

Indeed, there are many technical details that need to be clarified before a Didi-Uber deal is finalized. For instance, there have been debates over whether Didi's revenues should be calculated based on its base turnover, or whether it should also take into account its subsidies. Didi has argued that so far neither it nor Uber China has turned profit. And Uber China hasn't reported enough revenue to trigger a regulatory review.

Didi's statement is reasonable, but it hasn't alleviated concerns about possible monopolization.

China is now waiting for the government to decide whether the Didi-Uber China deal merits regulatory scrutiny in the context of the anti-trust law. Both the regulators and the companies should accept their responsibilities and comply with the law, presenting convincing facts that clear market concerns.