Can Baseball Finally Hit a Home Run in China? 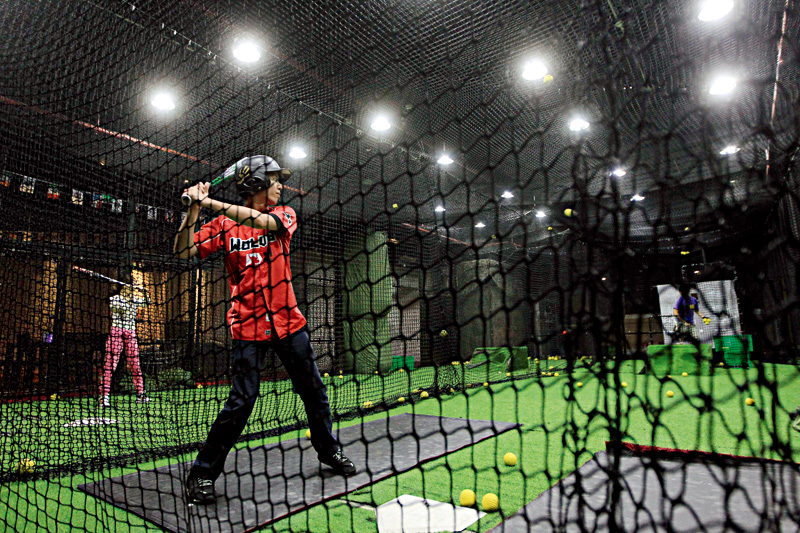 (Beijing) – Professional sports seemed like an attractive investment to property developer Wang Jianwen. But, unlike his peers who invested in the white-hot markets of basketball and soccer, Wang is betting on a sport more obscure in China…baseball.

In 2014, Wang's company, Hengda Lianghe Investment Co., signed an agreement with the country's sports authorities for the exclusive rights to the commercial development of official baseball games in China, paying 6 million yuan a year for 16 years. He cut the deal shortly before the government vowed to create a sports industry worth 5 trillion yuan by 2025.

But challenges to develop the still germinating market for baseball are overwhelming, with few players, a limited number of fields, little public understanding of the game and huge competition from other major sports.

"Sometimes I am doubt if I'm in the right business," said Wang in a recent interview with Caixin.

For decades, baseball has been seen by many Chinese as an "alien" sport with complicated rules and sometimes tedious play. Many in the United States share that view, even though it is often characterized as America's pastime.

"Baseball is not popular in China because it requires costly equipment, high-standard venues and involves complicated rules," said Wang.

But Wang, the chairman of Hengda Lianghe, is not the only one expecting China's baseball market to take off. The official U.S. baseball organization, Major League Baseball of the United States, set up an office in China in 2007. It has invested over US$100 million in the country, mainly for projects to train young players, according to Xie Long, director of MLB China.

Meanwhile, the number of private businesses involved in baseball has mushroomed over the past few years, mostly offering diverse training programs to school kids and young athletes.

Backing their bets is the General Administration of Sport's plan set last December to boost the value of China's baseball industry to 50 billion yuan by 2025, generating revenue from organizing games and leagues, sponsorships, training programs and other baseball-related businesses. Adding to the momentum was the August 4 announcement by the International Olympic Committee to add baseball to the sports program for the 2020 Olympic Games in Tokyo, a return after the game was removed from Olympic Games in 2008.

Wang said it is the time for China's baseball industry to "hit a grand slam," with every part of the market coordinated to win the game.

The popularity of baseball in other countries has convinced Wang of its potential in China. Baseball accounts for about 12 percent of the total market value of the global sports industry, third after soccer and rugby, according to the CBA.

In the U.S.--where over half of the population has played baseball at one time or another, even if only in neighorhood games, the annual revenue of the MLB's 30 teams reached US$10 billion in 2015, data from the organization show. In Asia, baseball is among the most popular sports in Japan, South Korea and Taiwan.

But in China, professional baseball has stumbled in the past decades. The Chinese Baseball Association launched the China Baseball League, the country's only official baseball league, in 2002 and invited foreign investors such as Japan's Softbank Group to organize the games. However, baseball never developed an enthusiastic following and in 2012, the league, with only seven teams, was suspended due to a lack of capital and sponsorships.

According to the Chinese Baseball Association in a 2015 document, China at that time had around 1,000 registered professional baseball players and 50 baseball diamonds across the country, compared to over 10,000 soccer pitches.

For Wang, however, the stalled market still has huge potential, given the government's ambitious plan to develop sports industry and the prospect of the game's return to the Olympics.

In September 2014, Hengda Lianhe signed a 16-year contract with the General Administration of Sport and China Baseball Association. It authorized the company to run all business operations related to official baseball games--from game organizing, marketing to training and venue construction. For this, Hengda Lianhe agreed to pay the GAS 6 million yuan every year, according to Wang.

One month after Hengda Lianhe signed the contract, the company resumed the CBL games. But the company immediately faced challenges to find a broadcaster to air the games because the number of viewers was too small, according to Wang. The company has to offer most game tickets for free to attract audience.

Hengda Lianhe has yet to work out a profit model for its baseball business. The company has invested millions yuan every year and run a loss over the past two years, according to Wang, who declined to cite specific numbers. He attributed the losses to a lack of professionals in baseball game operations and limited advertising resources.

But the profit picture may change. Wang believes that his company's partnership with government sports authorities will give Hengda Lianhe an influential role in the development of the baseball market. Under the agreement, the GAS, CBA and Hengda Lianghe will jointly form a national baseball industry development committee in which the company is the major player to implement the policies in the market.

MLB China's Xie called the partnership a "wise" model as it grants the investor more power in developing a new market.

While big investors like Hengda Lianhe focus on professional baseball games, smaller investors are eyeing opportunities among the general public. Over the past two years, small baseball clubs offering training and extracurricular baseball courses have thrived in China.

Chen Xiao, says his Beijing-based Niupeng Baseball Club, which mainly offers baseball courses to school kids, has seen business grow quickly over the past year since it was established. But Chen said the major challenges facing private clubs is the lack of venues and their inability to provide a professional career ladder for gifted kids.

Building that career path for young baseball players is what MLB China has been trying to do during its nine-year operation in China. MLB China has set up baseball development centers in Wuxi, Changzhou and Nanjing, offering professional training to young players and building bridges between Chinese players and U.S. baseball teams.

But Xie said the inadequate number and quality of venues is also a major obstacle for MLB to introduce its games, the company's core business, into China. In addition, compared with the U.S., China has a shorter season, in which weather is suitable for baseball games, so that the investment return of building a new baseball stadium is much slower, said Xie.

"I am confident that the (number of) audience (for baseball) is not a problem" in China, said Xie.

"We want to catch the opportunity, but it doesn't mean (the market) will take off immediately," said Xia.