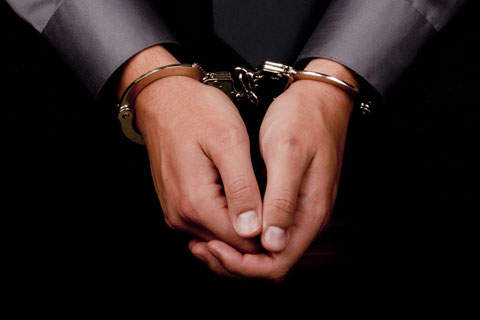 (Beijing) – The ongoing anti-graft campaign has netted one in three suspects on China's "100 most wanted" list – mostly government officials hiding overseas – to stand trial in China as of July 15, the Communist Party's corruption watchdog said.

Some were nabbed after joint search operations by Chinese and foreign law enforcement officers, while others allegedly returned voluntarily, the Central Commission for Discipline Inspection (CCDI) said in a statement on August 20. The fugitives were identified as part of a government crackdown called "Skynet" launched in April 2015.

Fu Yaobo and Zhang Qingzhao, two employees of the labor and social security department in Benxi city in the northeastern province of Liaoning – suspected of jointly embezzling public funds worth 30 million yuan - were nabbed while hiding on a Caribbean island after a 51-day joint operation between Chinese police and their local counterparts and repatriated in February, the CCDI said. The duo had been on the run since September 2014 and were caught hiding in a mountainous area near the capital of St. Vincent and the Grenadines.

At the request of the Chinese government, Interpol issued "red notices," the organization's highest-level arrest warrant, against the pair and 98 other top Chinese fugitives in April 2015. Nearly two-thirds of the individuals on the top 100 list were suspected of graft, while others were accused of crimes including dereliction of duty and fraud, state-run China Daily said. Fifteen such high-profile suspects were brought back this year as of July 15, almost as many as were repatriated in 2015, data from the CCDI shows.

Two of the latest returnees, Zhu Haiping and Guo Liaowu, allegedly turned themselves in voluntarily on July 13 and 15 respectively, the party's anti-graft watchdog said. Zhu, 53, a former official from the Civil Aviation Administration in the central province of Hubei, was suspected of fraud and had fled to the United States in 1998, the CCDI said in a July statement. Guo, 50, was suspected of bribery and had fled to Australia in 2010. He was a deputy manager of a subsidiary of Wuhan Iron and Steel Corp, a state-owned enterprise.

Over 40 percent of the 738 fugitives who returned to China in 2015 were "persuaded" to come back rather than forcibly repatriated, according to the CCDI. Fugitives' family members sometimes played a role in these "persuasion efforts", Li Gongjing, a Shanghai police officer, said in an interview with Xinmin Weekly magazine.

"It's very effective. A suspect is like a kite. Although he is in a foreign country, his line is in China and we can find him through his relatives," Li said.

On August 17, the Ministry of Public Security announced that 409 overseas fugitives have been captured so far this year under the Skynet campaign. In addition to hunting for absconders, the program aims to crack down on money laundering and transferring ill-gotten gains abroad and to identify would-be outlaws by monitoring the passports of government officials. So-called "naked officials," or party cadres who move their families and assets abroad as an easy escape route, are key targets of the campaign.

But the lack of formal extradition treaties between China and some of the top destinations for fugitives has hampered efforts to bring back graft suspects.

According to Interpol, 40 of China's 100 most wanted fugitives were thought to be hiding in the United States, 26 in Canada, 11 in New Zealand and 10 in Australia. Other locations include Belize, Sri Lanka, and Grenada.

China has been pushing for extradition treaties with the United States and Australia, but efforts have been stalled due to concerns that repatriated suspects may not have access to a fair trial in China.