By Zhang Erchi and Francesca Lupia 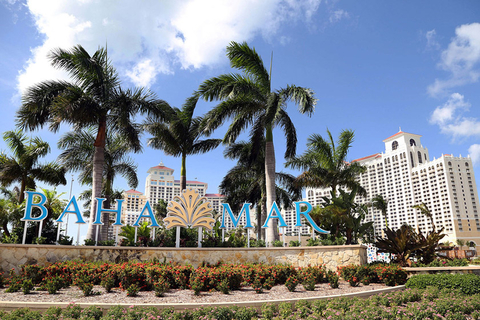 China's largest construction company will resume work on a US$ 3.5 billion luxury resort near the Bahamas' capital after mismanagement and infighting put the project on hold for more than a year, Bahamian prime minister Perry Christie said in a televised statement on August 22.

The Export-Import Bank of China (Exim Bank), which has already lent US$ 2.34 billion to the project, signed an agreement with the Bahamian government to cover all remaining construction costs, Christie said, without disclosing how much more money will be needed for completion.

The Baha Mar resort, located near Nassau, was originally scheduled to open in November 2014, but the deadline was pushed back multiple times due to tensions between Baha Mar Ltd., the project's developer, and CSCEC. The company filed for bankruptcy protection in June last year and the Bahamas Supreme Court appointed a provisional liquidator to help oversee the project.

Christie also said the 2,000-plus room resort and casino, which will include a golf course and a convention center, will be "sold to a world-class hotel and casino operator." He did not reveal the buyer's identity in his statement.

The project will be scheduled to be open to tourists before the end of this winter's high season, the prime minister said. The resort was expected to employ 1.5 percent of the Bahamas' population of 380,000 and represent 12 percent of its GDP, according to Baha Mar Ltd.'s documents.