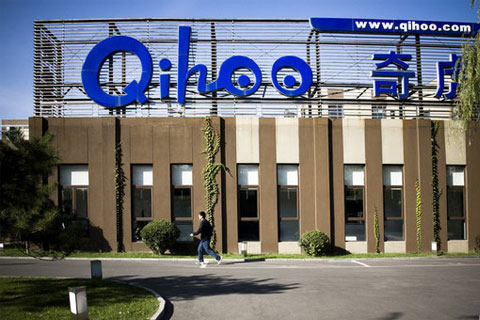 Having pulled off the biggest privatization in history for a US-listed Chinese security software maker, Qihoo 360 is saying it isn't in any hurry to re-list in China. The strategy contrasts with the more than three dozen Chinese firms to announce similar plans to leave New York since last year, most of them hoping to quickly re-list in China at higher valuations.

Instead, Qihoo's decision to privatize is a strategic one aimed at positioning the company for future growth, its colorful chief executive Zhou Hongyi told Caixin in some of his first public comments since the landmark deal. That transaction saw a group led by Zhou privatize a company worth nearly $10 billion, creating huge challenges due to the massive financing involved.

Behind-the-scenes reports during the privatization process indicated Qihoo was having trouble raising money to complete the deal, and then struggled to move so much cash offshore due to China's strict currency controls.

Some reports also said that Qihoo had identified a shell company for a backdoor listing in China, though Zhou threw cold water on that talk in the interview, one of his first one-on-one discussions with the media since the deal closed last month.

"I don't understand Chinese stock markets and the speculation repels me," Zhou told Caixin. "There were a lot of concerns when [we were] mulling over returning to such a market. … There is still a lot of uncertainty hanging over doing business at home, we don't know how to do it."

It's just as well that Qihoo doesn't want to re-list at home, since such a listing might be nearly impossible in the current climate. Conservatism by China's stock regulator after a mass sell-off early this year has slowed the flow of traditional IPOs to a crawl, creating a huge backlog. The regulator has also slammed the brakes on backdoor listings like the ones that many privatizing companies were contemplating, worried about the potential for profiteering and other chaos from a largely untested process.

Qihoo's stock was once an investor darling, and the company's market value reached $14 billion at the height of its popularity in 2014. But investors later soured on the stock after its promising young online search business failed to generate new business, and its core security software business posted less spectacular growth.

While many privatizing companies have grumbled about low valuations they received on Wall Street, Zhou says his primary motivation for coming home was aimed at positioning his company for the future. He said Qihoo's status as a foreign-listed company could create problems for its core security software business, due to Beijing's growing concerns about cyber threats from overseas.

China has indeed placed heavy requirements on many foreign tech companies, and now most big names like IBM and Cisco have formed joint ventures with local partners to try and easy Beijing's concerns. But the fact remains that rival security software makers such as Baidu and Cheetah Mobile remain listed overseas and haven't expressed concerns about losing business due to that status.

Zhou also said Qihoo's privatization will allow him to reorganize what has become a complex creature out of the public eye. In addition to its original security software business, Qihoo has moved into online search, as well as smartphones, healthcare and desktop management software. Zhou said some of those units will be spun off, particularly loss-making ones, though they could be reacquired by the company if they become profitable later.