BAIC to Build US$ 800 Million Car Plant in South Africa

By An Limin and Dong Tongjian 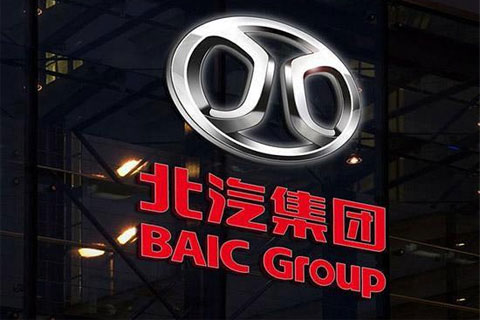 (Beijing) – Beijing Automotive International Corp. (BAIC), one of China's top automakers, said it will build a US$ 800 million auto plant in South Africa, the largest foreign investment in the country in four decades, as Chinese car brands look to expand overseas.

The announcement comes as China's own car industry has slowed sharply in the last two years, making it bloated with excess capacity after years of explosive growth. China is the world's largest auto market, fueled by a huge demand from its burgeoning middle class.

But after years of double-digit growth, the market has slowed as China's economy enters a new, slower growth phase. Many cities have also taken measures to control the number of cars on the road to ease congestion and clean up the country's polluted air.

State-owned BAIC, which operates a Chinese joint venture with German luxury brand Mercedes-Benz, will partner in the new joint venture with South Africa's state-owned Industrial Development Corp., according to an Aug. 31 announcement by the companies. BAIC will provide 65 percent of the venture's capital.

The plant is set to start production by the end of next year, with an annual capacity of 100,000 vehicles. About 40 percent of output is targeted for local sales, and the rest for other African countries.

China's passenger-car manufacturing capacity is expected to reach 50 million units annually by 2020, after years of massive investment by both domestic and global brands, according to a report in China Securities News. But only 60 percent of that will actually be used due to an overly aggressive buildup and slowing demand, the report estimated.

To offset the sales slowdown at home, many local brands like BAIC are looking to foreign markets for new sales, especially in emerging markets like the BRICS nations of Brazil, Russia and South Africa. But they have run into obstacles such as protectionism, and also suffer from underdeveloped after-sales service networks.

China exported 370,000 vehicles in the first seven months of this year, a 17 percent drop from a year earlier, according to the China Association of Automotive Manufacturers. Passenger-vehicle exports totaled 235,000 of that, down 7.2 percent.