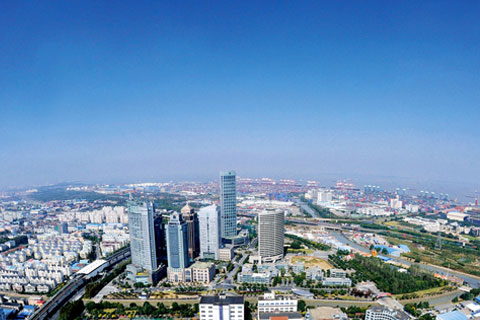 Commerce Minister Gao Hucheng told Xinhua News Agency on Aug. 31 that the government has given the go-ahead for pilot FTZs in six provinces and one municipality: Liaoning, in the northeast; Shaanxi, in the northwest; Zhejiang, in the east; Henan and Hubei, in central China; and Sichuan and the city of Chongqing in the southwest.

Gao did not offer details about the size or the exact locations of the new special trading areas.

The expansion comes three years after the first Chinese FTZ opened. The Shanghai FTZ served as a testing ground for a broad range of economic reforms, including relaxing rules for foreign investment and having fewer restrictions on capital flow. In late 2014, three more FTZs were created, in the industrial hubs of Tianjin, Fujian and Guangdong.

The government's move to nearly triple the number of free-trade zones aims to "rejuvenate the three rust-belt regions in the northeast and strengthen the 'Belt and Road' initiative," Gao said.