AIIB Vs. NDB: Can New Players Change the Rules of Development Financing?

By Wang Liwei and Coco Feng 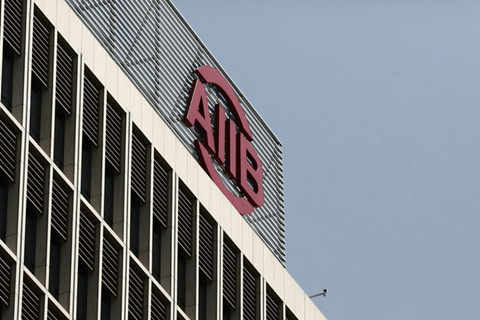 (Beijing) — As Chinese President Xi Jinping urged global lenders at the G20 summit to push for reforms to better reflect the current shape of the world economy, two multilateral lenders led by developing countries have already picked their first projects while offering an alternative to Western- and Japanese-led funding institutions.

The China-led Asian Infrastructure Investment Bank (AIIB) and the BRICS New Development Bank (NDB), the latter jointly run by Brazil, Russia, India, China and South Africa, were partly born out of frustration with the decision-making structure at big lenders such as the World Bank and the International Monetary Fund, where some developing countries don't enjoy voting rights that reflect their contribution to the global economy.

For example, the world's second-largest economy currently ranks sixth in voting shares at the IMF — an issue highlighted in Xi's closing comments to G20 leaders on Monday.

"We have agreed to continue the reform of the quota and voting powers within international financial institutions," Xi said. "We expect the International Monetary Fund to ensure that the next round of (voting) quota reform goes according to schedule and the World Bank to undertake its share-holding review to ensure equal voting power."

Experts say current global lenders have been forced to speed up reforms after the two new banks were set up. But critics are concerned that the AIIB, in particular, is a way for China to fund its ambitious "One Belt, One Road" initiative and export its overcapacity abroad.

"There is still a sense that AIIB will simply be another extension of China's desire for investment abroad and (a means to fund) projects for its construction industry," said Conor Savoy, a researcher at the Center for Strategic and International Studies, a private think-tank in Washington.

China holds nearly a third of the vote at the AIIB and the power to veto any decisions made by the lender, similar to the United States, which enjoys veto power within both the World Bank and IMF.

The NDB has tried to steer clear of letting one powerful voice shoot down its decisions. It has allowed each member to have one vote and removed the right to veto. This is a key difference between the NDB and other development institutions, said its vice president, Paulo Nogueira Batista Junior.

The 8-month-old AIIB and the year-old NDB had different approaches to funding and operations according to what was revealed at their respective annual meetings in June and July. The AIIB has won more financial backing, but has an increasingly long list of member countries to answer to, while the NDB is challenged with raising funds and meeting lending targets.

A Tale of Two Banks

Founded in 2015 with 57 members interested in lending to infrastructure projects in Asia, the AIIB still has 24 countries waiting in line to join its ranks. Canada was the most recent to join this list, leaving the United States and Japan as the only major G7 economies holding out.

At its annual meeting in late June, the bank welcomed representatives from more than 80 countries, including many from outside Asia, such as Finland. Some of the nonmember observers said they will stay on the waiting list until early 2017, when the AIIB plans to announce its second round of members.

Member countries have already subscribed to the entire $100 billion planned initial capital for the AIIB, its annual report showed, and $20 billion of that has been paid already. In addition, it received an extra $50 million from China to set up a project preparation fund.

Like the AIIB, the NDB also planned to raise $100 billion. But its five members have pledged to offer only half of that amount and, so far, put down one-fifth of its initial subscribed capital.

The NDB has already tapped the bond market to feed its capital pool. The bank's maiden, five-year yuan-denominated bond worth 3 billion yuan ($450 million) with an interest rate of 3.07 percent was issued on the eve of its annual meeting in July. The NDB plans to issue more bonds denominated in the currency of the target country, NDB President K.V. Kamath said.

The AIIB has access to a larger pool of funds from its 57 member countries and therefore has little pressure to find alternative ways to expand its capital base, AIIB President Jin Liqun said.

The two banks also differ in their approach to lending. The AIIB, like most other multilateral lenders, offers U.S.-dollar loans, but the NDB Board has already approved a yuan-denominated loan to solar power project in Shanghai.

The main benefit of local currency lending is to mitigate the risk of foreign exchange rate fluctuations, a critical issue in project financing, said Jonathan Grosvenor, an advisor at ADB's treasury department. But the level of interest rates in the corresponding market would often be higher than it would be when borrowing in U.S. dollars, he said.

Who Gets the Money？

Founders of the two banks also say they are moving away from the "one-size fits all" approach when trying to fulfill the massive demand for infrastructure funding in emerging economies.

Developing countries will have an annual infrastructure demand of $836 billion by 2020, but existing lenders can only meet half of that, a 2015 World Bank report estimates.

The AIIB, which started operating in late December, has already picked four lending projects that totaled $509 million. These projects, all in Asia, include upgrading a power grid in Bangladesh, improving slums in Indonesia, and building a highway in Pakistan and roads in Tajikistan. Work on the 64-km stretch of highway in Pakistan's Punjab province began on Aug. 13.

The four projects will cost almost $2.4 billion, but the AIIB will not invest alone. Instead, it would co-finance them with other lenders, including the World Bank, Manila-based Asian Development Bank (ADB) and the European Bank for Reconstruction and Development headquartered in London. The amount loaned by the AIIB will be $509 million.

The bank's board is expected to vote on two more proposals in September to improve the hydropower generation capacity at a major dam in Pakistan and to improve the power grid in southern India.

Unlike the AIIB, the NDB has decided to move away from the co-financing model and fund projects on its own because coordinating between various lenders was time- and resource-consuming, said Zhu Xian, the NDB's vice president and chief operating officer.

The bank has approved loans worth $911 million for five renewable energy projects, which are slated to be completed within two years in each of its member countries.

Although bound by its mandate to spread out lending projects among its founding members, the NDB plans to reduce risks by limiting its exposure. Projects in each country will concentrate on no more than three areas, Zhu said. For example, projects in India will focus on energy and water, he said.

When choosing lending targets, both banks favored projects backed by governments, partly due to concerns over their own credit ratings.

Under the current credit rating mechanism, an institution's creditworthiness will be downgraded if it had given loans to too many private borrowers, Zhu said.

The NDB has already secured an AAA rating from two Chinese credit rating firms. It is waiting for its first international investment rating from one of the "big three" rating agencies — Moody's, Standard & Poor's or Fitch — in the third quarter of 2016, said its official website.

The NDB's rating worries are rooted in the problems of its founding blocks. Except for China's AA- sovereign rating from S&P, the member countries fall into the BBB category.

AIIB President Jin said the lender will consider a public-private partnerships (PPP) model for future projects. The bank is in a better position to get a stronger credit rating because a fifth of its voting shares are held by developed countries with high credit ratings.

The NDB said it plans to expand beyond the five namesake members and invite more countries to join. Kamath said the bank has started tapping new members in August, in hopes that a larger membership base could enlarge the pool of lending targets and reduce risks. If some developed countries opt to join, it can also beef up its own credit rating score.

It is too early to say whether the two new lenders will become serious competitors to global funding institutions such as the World Bank.

"I don't hold out much hope for the NDB," Savoy said. "The AIIB could, with time, prove to be a more durable institution." This is because the AIIB has more members and resources, while the BRICS nations, with sputtering growth, had "competing priorities, different levels of resources that they could bring to the table and different objectives abroad."