By Wang Xinyi and Li Rongde 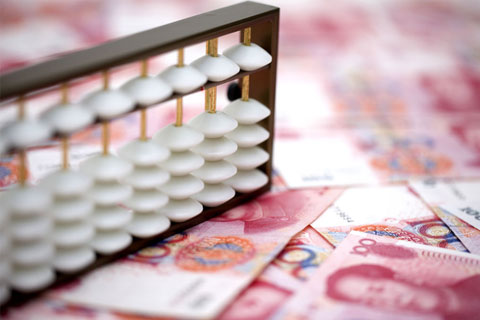 (Beijing) - More than a third of China's 31 mainland provincial-level governments have failed to disclose to the public how much debt they have, even though they are required to do so, an investigation by the Finance Ministry found.

In addition to the 11 provincial-level governments, authorities said, nearly 140 cities — more than 20 percent of China's approximately 660 — had not released data detailing how much debt they had amassed by the end of 2014, the ministry said Thursday.

The lack of disclosure about budgets and expenditures pose a major threat to the economy because it leaves banks without enough information to assess the risk of further lending to regional and local governments, according to a China Bankers' Report released in 2014.

The State Council, the country's cabinet, said in a report to the legislature last week that regional governments had amassed a combined 15.4 trillion yuan ($2.3 trillion) in debt at the end of 2014.

Under the country's Budget Law, revised in 2014, provincial, city and county governments are required to disclose budget information, including detailed expenditures and the amount of their debts, within 20 days after budgets are approved by local legislatures. But the law does not spell out sanctions for violating the regulations. However, the ruling Communist Party does have regulations requiring the disclosure of budget information, and specifies penalties for failure to do so.

More than 36,600 local and regional government agencies did not release their budget plan for 2015 as of the end of October 2015, the finance ministry's investigation found.

For example, nearly 17,000 city government agencies and close to 92,000 county-level government departments have not released their expenses on entertainment.

Officials overseeing budget matters at the local level who failed to follow party disclosure rules have been punished or disciplined in accordance with party regulations because most of them are also party members, according to the ministry, though it did not provide information about specific cases.

Top officials overseeing budget matters at regional governments could be demoted or expelled from the party for failing to follow disclosure rules, according to a new party code of conduct released in 2015.