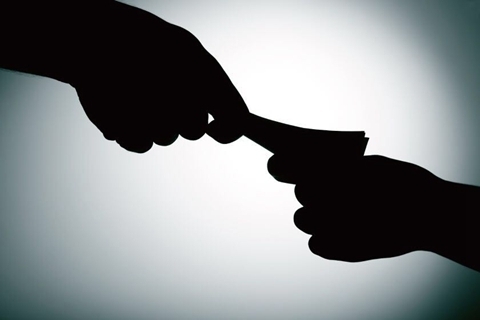 (Beijing) — China's top legislature has expelled 45 lawmakers, or nearly half the number elected from Liaoning province, over a bribery and vote-buying scandal.

The decision — announced at a highly unusual emergency meeting of the Standing Committee of the National People's Congress (NPC) on Tuesday — comes after a two-year investigation by the Communist Party's anti-graft watchdog into election fraud in the northeastern province.

China's national and provincial lawmakers are chosen through a multitiered voting system, with members within the legislative bodies electing candidates mostly nominated by the party.

An estimated 523 lawmakers out of the 619 members of Liaoning's People's Congress were implicated in the scandal, which involved paying "enormous amount of money" to their peers to get elected in 2013, said sources close to the investigation, which concluded in June.

Those named and shamed by the NPC include 38 of the 62 members on the powerful Standing Committee of the provincial legislature, which runs its daily operations, sources who wish to remain anonymous said.

The scandal has crippled the provincial legislature, the sources said.

A temporary panel has been appointed to oversee the operations of the provincial congress in Liaoning until the next round of elections in 2018, the NPC said.

Most of the 45 disgraced NPC lawmakers from Liaoning were executives of big state-owned enterprises and listed companies. The list published on state-run Xinhua News Agency also included some business tycoons such as Sun Shoukuan, the richest man in Liaoning with a personal wealth of 19 billion yuan ($2.84 billion), according to the 2015 Hurun Report on China's richest individuals. Sun, 66, founded Jiachen Group, a conglomerate that has businesses in mining and real estate among others, and has been an NPC lawmaker since 2008. He was expelled for buying votes to get re-elected to the provincial- and national-level legislature in 2013.

The list also includes Hui Kai, an NPC representative and former president of Dalian Port Co. Ltd., listed in Hong Kong, who resigned from the company in late August after "a job transfer," a filing to the bourse on Aug. 26 showed. But an employee told Caixin that Hui was actually sacked over election fraud.

The NPC gave few details of the extent of the violations by the expelled lawmakers and failed to say whether they will face criminal charges.

Under current laws the crime of sabotaging an election is punishable by up to three years in prison.

Zheng Yuzhuo, former vice chairman of the Standing Committee of the Liaoning Provincial People's Congress, was the first to be arrested after being charged with rigging the 2013 election, the Supreme People's Court said in early September.

China's people's congresses, in charge of making laws from the county to the national level, have long been dismissed by international critics as rubber-stamp legislatures. But some analysts say a seat on a congress, both at the local and national level, provides an opportunity — mainly for businesspeople — to network with government officials.