By Cao Wenjiao and Wang Yuqian 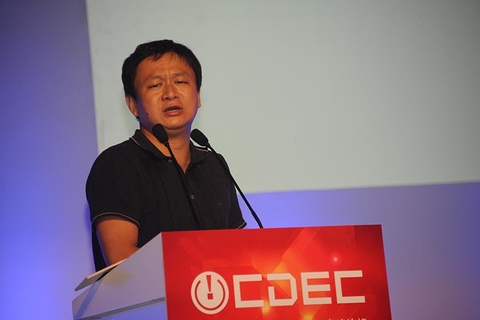 (Beijing) — The record for the most expensive divorce in China was broken this week when the chairman of a Shenzhen-listed firm agreed to pay 7 billion yuan ($1.05 billion) in company stock to his wife.

Zhou Yahui, chairman of leading game software developer Beijing Kunlun Tech Co., Ltd., reached a divorce agreement with his wife, Li Qiong, in which he will transfer to her about half of the stock he owns in the company, according to court documents released by Kunlun on Monday.

The settlement is nearly three times the previous record of 2.4 billion yuan recorded in 2012 in the divorce of Yuan Jinhua, a senior vice president of China's leading machinery manufacturer, Sany Group, and his wife, Wang Haiyan.

The stock transfer will reduce Zhou's direct and indirect holdings in Kunlun to a combined 26.44 percent, down from the previous 51.1 percent, according to the firm's announcement. He remains the controlling shareholder of the company, which had a market capitalization of 28.6 billion yuan as of Sept. 12.

The couple had assets worth 23 billion yuan, according to a report published in March by the Hurun Research Institute, which tracks the wealth of the world's superrich. They were ranked by the institute as the 11th richest globally, among business people who built their fortunes from scratch and were 40 years old or younger at the time of the survey. Joe Gebbia and Nathan Blecharczyk, co-founders of Airbnb, scored No. 9 and No. 10 with assets valued at 24 billion yuan each.

Disputes between couples who are large shareholders have hurt Chinese companies before. An oft-cited example involved Tudou, a popular video streaming website, whose plan to go public in the United States in 2010 was postponed for more than six months because of a nasty divorce between the firm's founder and CEO, Wang Wei, and his then-wife, Yang Lei. Tudou managed to list on the Nasdaq in 2011, but analysts say it had missed the best time for listing.

Kunlun's share price fell 3.91 percent on the day the announcement was made and bounced back the next day. It rose again Wednesday and closed at 26.44 yuan per share, almost 4.4 percent higher than the closing price two days ago, indicating slightly upbeat investor confidence.