By Li Huiling and Chen Na 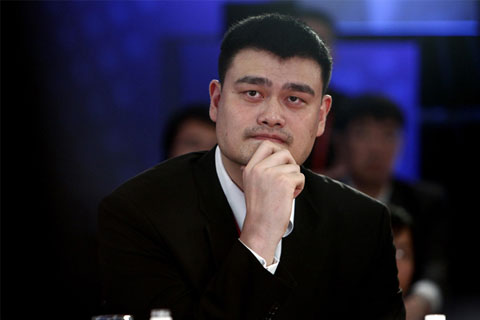 But Yao has not said whether he will accept the post. Five months earlier, Yao said the arrangement would do little to boost the sport.

Li Jinsheng, deputy director of the Basketball Management Center at the General Administration of Sports, which oversees all athletics activities in the country, was appointed chairman of the new venture on Thursday, state broadcaster China Central Television reported. Also at the venture's shareholders meeting, shareholders approved the company's constitution, which gives the state 30 percent control and each of the 20 pro teams a 3.5 percent stake.

The new venture is still unnamed, although media have been calling it "the CBA Company."

In January, the former NBA All-Star center and the owners of 17 teams formed the China Professional Basketball Club United Inc. (BCU), and proposed a joint venture in which the BCU had a majority 63 percent stake. But the CBA shot down the idea in April and proposed an alternative that ensured greater state control.

"The situation of Chinese pro sports is linked to the prevailing conditions in the country," Zhang told Shanghai news outlet The Paper, alluding to the fact that state-owned institutions still dominated key sectors. Without help from the government, the CBA cannot develop, and private companies are not capable of running the league, he added.

According to a person who attended the April negotiations, Zhang told representatives of the BCU that "you can choose to join the joint venture or not. … (If you want to,) you need to position yourself in the right place."

Frustrated with the result, Yao said at a news conference in April that the new plan is "like wrapping our current system up in a company's shell" and that he would not consider joining the joint venture.

Clubs have long complained that the CBA's business structure thwarted competition. Unlike the NBA, where teams can keep most of the sponsorship money they earn, Chinese teams must transfer all earnings to the league. The CBA redistributes the profits after taking a cut and paying millions to Infront Sports & Media, which holds broadcasting rights, a practice many say has left the teams with very little to invest in the sport.

Yan Xiaoming, a former deputy general manager of the CBA's Liaoning Flying Leopards, said the contract lets Infront pocket nearly 500 million yuan ($75 million) a year, or as much as 70 percent of all revenue collected by CBA teams. The CBA, through its revenue redistribution system, gives each team only 13 million yuan a year toward costs including player salaries, Yan said.

Most teams have been bleeding money for years, media reports showed.