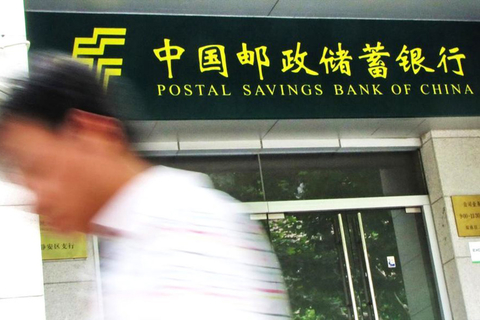 (Beijing) — Postal Savings Bank of China shares gained only a fraction in their first trading day in Hong Kong, even though the $7.4 billion IPO, the year's largest, received support from legendary investor George Soros.

Shares opened at HK$4.76, the same as its IPO price, and increased slightly at the close of trading to HK$4.77, bouncing back and forth in the narrow price range.

Postal Savings Bank raised $7.4 billion in the IPO last week, selling 12.1 billion shares at a price near the bottom of its indicative price range. It was the world's largest IPO in two years, following the $25 billion listing of Alibaba Group Holding Ltd. in New York in 2014.

"Pulling off such a huge-size IPO as the Postal Savings Bank is not easy under the current market conditions," said Li Guohua, the bank's chairman.

It has the most extensive network in China, made up of more than 40,000 branches and offices covering all major cities and nearly 99 percent of suburban and rural areas, according to material from the bank's prospectus.

As of the end of March, Postal Savings Bank had a provision coverage ratio (for bad loans) of 286.7 percent, higher than all other Chinese banks, data from the bank show. Its non-performing loan ratio as of June 30 was 0.78 percent, down slightly from 0.8 percent at the end of last year.

A previous version of this article incorrectly stated that Postal Savings Bank was the fifth-largest bank in China. It is the sixth.