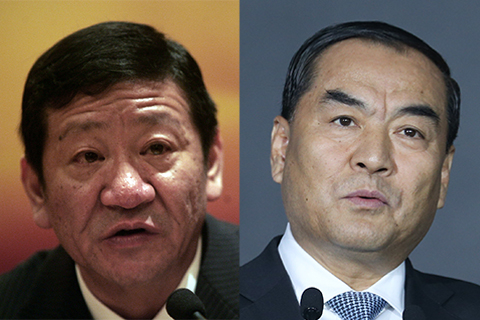 (Beijing) — Ping An Bank, a subsidiary of Ping An Insurance Group, is preparing to reshuffle its top ranks months after the bank was rattled by a police investigation, according to people close to the Shenzhen-based bank.

Ping An Bank is set to convene a board meeting on Oct. 20 to vote on the new appointments. The personnel changes also need approval from the bank's shareholders and the banking regulator, sources said.

Sun, 63, will be assigned to another post in the parent company while the 59-year-old Shao, Ping An Bank's president since 2012, may transfer to another institution, said people close to the institution.

They said the leadership reshuffle is part of the bank's strategy to switch its business focus from corporate banking to retail banking, especially on internet-based services, according to a plan announced in mid-August.

Speculation about possible management changes first arose in early August when Liu Shuyun, assistant to the president and head of the bank's Beijing branch, was arrested. Caixin learned from sources close to the investigation that Liu may have violated regulations related to the bank's investment-banking businesses.

Several of Liu's subordinates were also detained, sources said. Liu joined Ping An Bank in April 2015. Previously, he was the head of Minsheng Bank's Chongqing branch. No official statement of the investigation has yet been released.

In response to media reports about its management shake-up, Ping An Bank issued a statement on Thursday morning saying that the terms of the bank's board members are ending soon, and it is planning changes in that body. The bank stressed that all board and management members are still doing their respective jobs, and the bank's operations are normal.

Shenzhen listed Ping An Bank reported 12.3 billion yuan ($1.8 billion) net profit for the first half this year, up 6 percent from the same period last year. As of June 30, the bank has total assets of 2.8 trillion yuan. Outstanding loans reached 1.3 trillion yuan with non-performing loan ratio at 1.56 percent, according to the bank.