By Lin Zizhen and Saga McFarland 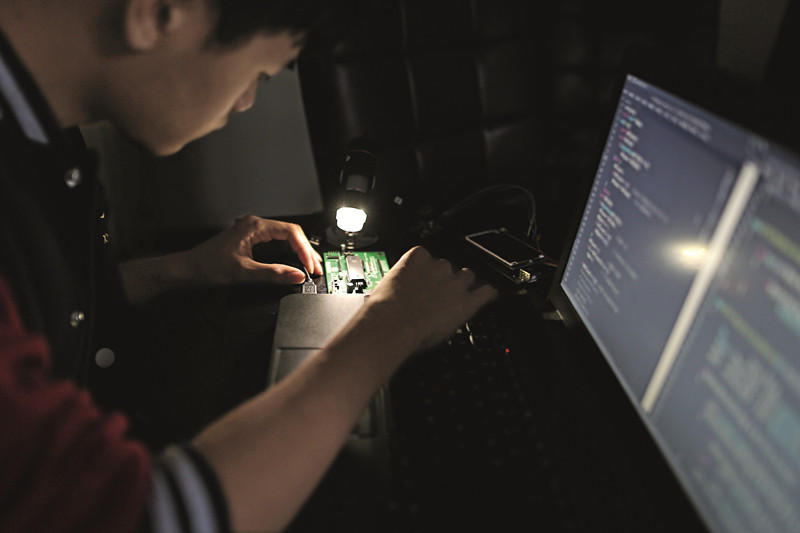 White-hat hacker Mao Mao works on a transmitter recently. Mao Mao and his partners used the transmitter to break into a Buick car anti-theft system in a test. Photo: Visual China

Yuan Wei considered himself one of a legion of China's so-called "ethical hackers" — computer programmers who spend their free time prowling corporate servers trying to detect security vulnerabilities in order to help fix them.

Self-proclaimed "white hat" hackers often play a valuable role for companies and governments around the world as they scramble to keep up with increasingly sophisticated cybersecurity threats. But in China, they operate in unchartered legal territory. Their work may be indispensible to exposing threats, but legally, their actions are often indistinguishable from the malicious hacks they are trying to prevent.