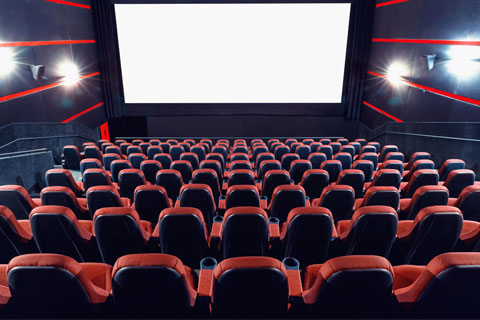 (Beijing) — At the beginning of 2016, the China's movie industry was abuzz with talk about projected box-office receipts exceeding 60 billion yuan ($8.9 billion) this year.

And that was seemingly a modest target, given that the industry has been on a roll over the past decade with nationwide box office earnings up by nearly 50% a year ago to 44 billion yuan.

The dramatic cooling came as e-commerce companies providing online ticket sales began to cut back on ticket subsidies as the market became saturated. But many in the industry say that another reason for the decline is that the film market has been increasingly flooded with hastily made productions funded with money from investors rushing into the market, hoping for a quick return.

Lin Ning, CEO of Beijing Weiying Technology Co., which operates an online movie-ticket sale business, says that the majority of films produced so far this year should never have been shown in cinemas because they are of such poor quality.

"A lot of the films shown in cinemas could not even clearly tell a proper story," he said.

It is not unusual for filmmakers to work for years to create a good movie. But several films released during the summer started production as recently as the beginning of the year, said one film producer who asked not to be named.

"Filmmakers need a good craft to attract an audience," he said. "Substandard products will certainly not hold the market."

About 90 new films were released during the highly contested summer holiday season from July to August, including 82 local productions. But none of them passed the benchmark of 1 billion yuan in box-office sales. This is in stark contrast with the same period last year, which saw several box-office hits, including the fantasy movie Monster Hunt, which grossed 2.44 billion yuan, according to Entgroup Inc., an entertainment market research firm.

In contrast, Rock Dog, a big-budget cartoon shown in cinemas earlier in July and produced by Huayi Bros. Media Group for 300 million yuan, grossed only 39.6 million yuan. The privately run company needed at least 1 billion yuan in ticket sales to break even.

Movie ticket sales for the entire summer season dropped 0.56% from a year earlier, compared with some 40% to 50% in annual growth over the past three years.

The downward trend was particularly alarming as the period was largely off-limit to foreign imports, as it has been recently, and thus faced less competition, according to some industry analysts.

Box-office receipts — which include the ticket prices moviegoers pay plus the subsidies provided to the cinemas — rose only 13% for the first eight months of this year. That's a far cry from an annual average growth of 36% over the past decade, according to Entgroup.

The industry has grown by about 60% a year since box-office sales passed the 10-billion-yuan milestone in 2010 thanks to a boom in cinema development in China, according to Wang Yibing, CEO of Beijing Bad Monkey Cultural Industry Development Co. Ltd.

The growth was particularly strong in small cities where easy access to film theaters helped push up ticket sales, he said.

The number of cinema screens in China jumped by nearly 50% to over 3,000 in 2011, according to official statistics.

The movie market received a major lift from online ticket sale firms backed by internet giants such as Tencent and Alibaba. They offered handsome subsidies to cinemas so they could offer cheaper ticket prices to moviegoers — a way to grab a big share of the market.

Wang from Bad Monkey said that his company, in teaming up with Maoyan.com, was among the first to subsidize cinema chains to schedule more and cheaper screenings with tickets costing only 10 yuan instead of the usual price of 100 yuan.

Bidding among online ticket sale firms for a larger share of the market via subsidies was particularly intense during the summer holiday season last year. One company was said to have spent 300 million yuan in subsidies in one month, according to an executive at a market research firm. As a result, visits to cinemas rose to 1.26 billion in 2015 tripling the number for 2013.

As the online ticket sales market saturates, many companies have cut back and even eliminated subsidies entirely, according to Wang Changtian, president of Enlight Media in Beijing.

Four billion to 5 billion yuan in subsidies was doled out last year, and they could shrink by more than two-thirds in 2016, which will certainly dampen interest from moviegoers in low-income groups, he said.

Lin from Beijing Weiying said subsidies were certainly behind the runaway growth in box-office sales last year, and without the subsidy plans, movie ticket sales would have been far below the 44 billion yuan to somewhere between 38 billion to 40 billion yuan.

Yuan Yuan, president of Taopiaopiao, an online entertainment industry sale firm, told Caixin that his company used only a small portion of subsidies they planned for 2016 because so few good films have come out so far this year.

Investors with deep pockets last year rushed in for a share of the booming film industry, snapping up original scripts and exclusive rights to film distribution — all of which helped fuel growth last year, according to Wang from Enlight Media.

However, several big-budget films that were touted feverishly by their investors — including the melodrama Never Gone and the fantasy film League of Gods — have been panned by critics and flopped at the box office.

Huang Chen, a script supervisor in Beijing, said investors behind many of the productions want a quick return on their investment. That left scriptwriters and directors little time for scriptwriting and crafting, making the films' failure at the box office inevitable.

Lost Tomb, adapted from a hugely popular online novel, could have fared better in ticket sales if its production team had been given more time, Huang said.

The film, partially funded by Le Vision Pictures, a subsidiary of LeEco, a major Chinese video streaming service provider, received a rating of only 4.8 out of 10 from Douban, a popular Chinese film information site, though it managed to gross over 1 billion yuan.