By Li Huiling and Han Wei 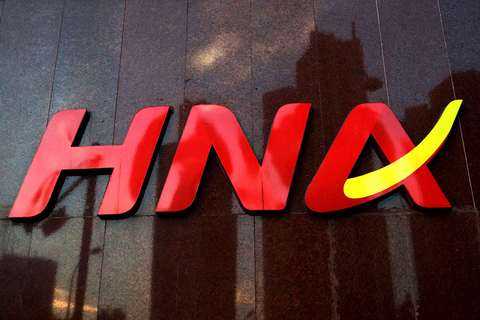 (Beijing) — HNA Group, an aviation and hotel conglomerate, has agreed to buy a 25% stake in U.S.-based hotel operator Hilton Worldwide Holdings Inc. for $6.5 billion — the Chinese company's latest move to expand into the overseas hospitality market.

According to an announcement Monday, HNA will buy the stake from Blackstone Group LP, making it the largest shareholder in the hotel chain. After the transaction, which is set to be completed by March, Blackstone's shareholding in Hilton will be reduced to about 21%.

HNA agreed to pay $26.25 a share in cash, a premium of 14.6% on Hilton's closing price at the New York Stock Exchange on Friday. HNA will hold the stake for two years and need permission from Hilton's board for further purchases.

Hilton's shares soared 7.4% in premarket trading on Monday after the announcement. The company closed the day at $22.94, up 0.13%.

Under the deal, HNA will also own 25% of Hilton's real estate investment arm, Park Hotels & Resorts, and timeshare business Hilton Grand Vacations, which will be spun off from Hilton by the end of this year — a plan revealed in February.

HNA will appoint two board members to each of the three companies after the separation.

Hilton, which operates more than 4,700 hotels in 104 countries and regions, is the world's second-largest hotel and resort operator after Marriott International.

Adam Tan, vice chairman and CEO of HNA, said in the statement: "This investment is consistent with our strategy to enhance a global tourism business, and we look forward to working together on new initiatives that leverage our respective strengths, expertise and tourism platforms."

HNA, which runs Hainan Airlines, is China's largest privately owned hotel operator of nearly 2,000 hotels across the country. The company has been an active buyer in the global hotel and travel market in recent years. The company's major investments in the past year include the purchase of ground handling and cargo services group Swissport International for $2.8 billion; $1.5 billion for air services company Gategroup; the full takeover of Minneapolis-based Carlson Hotels Inc.; the acquisition of electronics distributor Ingram Micro for $6 billion; and the purchase of the aircraft leasing arm of US-based CIT Group for $10 billion.

Established in 1993, Hainan-based HNA runs businesses spanning aviation, shipping, hotel, tourism and logistics. The company reported 190 billion yuan ($28 billion) in revenue in 2015 and total assets of over 600 billion yuan, according to the company's website.