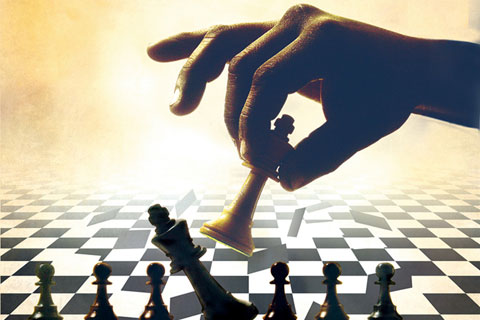 (Beijing) – A major shakeup of top management and a recent police investigation are bringing into sharp focus the challenges Ping An Bank faces—a more effective transformation into a retail bank and tighter internal controls after years of all-too-rapid growth.

Controlled by Ping An Insurance Group, the Shenzhen bank has undertaken a top-level management reshuffle over the past few weeks, including a change in president and chairman, as well as upcoming changes in its board of directors.

Sources close to the bank said the management changes are designed to strengthen Ping An's focus on retail banking as industry profits are squeezed by growing competition and as bad loans mount amid the economic slowdown.

But internal issues cloud the future. In early August, before the management changes were announced, Ping An was hit with a police investigation of the head of the bank's Beijing branch, raising the question of whether there were major loopholes in the banks' internal controls. Caixin learned from sources close to the investigation that Assistant President Liu Shuyun may have violated regulations related to the bank's investment-banking business.

Ping An Bank has yet to comment on the case.

These incidents come at a time when Ping An Bank is on the cusp of a transformation. In August, the bank unveiled a plan to accelerate the shift of its focus to retail banking. It's backed by the country's second-largest insurer, with over 100 million retail customers. But how to leverage the huge customer base of the parent to boost its own retail banking business while effectively controlling risks will be a major test for Ping An Bank, experts said.

Ping An Bank was launched in 2012 by merging Ping An Insurance's banking unit with Shenzhen Development Bank Co, becoming the first commercial bank controlled by an insurance company. Now the bank is a core part of Ping An Insurance's business strategy to create a fully integrated financial services conglomerate. With 2.8 trillion yuan ($413.5 billion) in total assets, the bank contributes 50% of the group's assets and nearly 40% of net profits.

In 2013, Ping An Bank's newly appointed president, Shao Ping, outlined a three-stage road map for the bank to gradually switch its business focus from mostly corporate to embrace more retail banking in eight years. It would develop business pillars that include corporate banking, retail banking, investment banking and interbank businesses.

To achieve the goals, Shao initiated a series of reorganizations, setting up new divisions targeting different sectors, such as real estate, health care and agriculture. He also installed incentive policies to encourage employees to clinch loan deals by offering generous bonuses. It was a structure that proved successful at Minsheng Bank, China's largest private bank, where Shao was a vice president for years.

Shao's strategy proved effective. According to Beijing-based Huarong Securities, between 2013 and 2015, Ping An's total asset expanded 15.99% annually on average, which was higher than the industry's 14.26%. The bank's net profit grew 16.94% every year on average, compared with the industry average of 8.27%.

Ping An Bank outperformed most industry rivals in earnings growth largely because of its rapid expansion into micro-lending and the retail banking businesses. Between 2012 and 2014, gross profits at the bank grew 30% to 40% annually.

But like many other Chinese banks, Ping An Bank is now grappling with lower profit growth as the economy slows. For the first nine months of this year, the bank reported a 5.5% growth in net profit to 18.7 billion yuan, sliding from 6.1% growth during the first half and over 10% growth last year.

Meanwhile, the bank sits on another 58.9 billion yuan of loans that required special monitoring, meaning that they are at risk of default. Commercial business, manufacturing and individual borrowers contributed 95% of Ping An Bank's total bad loans.

Many banking industry analysts argue that Ping An Bank has adopted loose measurements on loans requiring special monitoring, failing to provide the true picture of its bad-loan overhang.

Ma Kunpeng, banking analyst at Merchants Securities, said one indication that Ping An Bank's bad loans may be undercalculated is that the bank's estimate of loans overdue by more than 90 days is far lower than other banks.

One banking industry analyst said the result-based incentive mechanism adopted by Ping An Bank is partly to blame for the high levels of bad debt as it encourages employees to extend loans, sometimes imprudently.

As part of the retail plan, the bank is expecting to direct more insurance customers from the parent to its banking services, boosting the total number of retail customers to 110 million within three to five years, rising from 35.5 million by the end of June. Retail banking will contribute over 50% of net profit for the bank by then, compared with the current 16%.

Just a few short months after the renewed retail push, a statement published after Ping An Bank's Oct. 20 board meeting confirmed earlier media reports that both Shao and Chairman Sun Jianyi had resigned, replaced by Vice President Hu Yuefei and Xie Yonglin, deputy general manager of the parent company.

Ping An's board applauded Shao's contributions and said reforms he promoted have improved the bank's business performance and lay the foundation for further transformation.

"Shao has completed his mission in Ping An," the banking analyst said.

The bank also created to two new positions — executive deputy president and assistant board chairman — and appointed Yang Zhiqun and Guo Shibang to the posts. Both Yang and Guo were executives of Ping An Securities, a sister subsidiary. The bank has also started the nomination process for new directors for its 14-member board, who will be approved at a shareholders' meeting in November.

Most of the newly appointed executives have years of experience in the industry. The new chairman, Xie, joined Ping An Insurance Group in 1994, and was in charge of retail services from 2006 to 2013 as director of operation and deputy president in Ping An Bank. Yang was in charge of establishing the sub-branch of Ping An Bank in Guangzhou in 2009. Guo was once the general manager of the retail service department of China Mingsheng Bank in the northeastern port city of Dalian in 2011. A year later, he later became the chief supervisor of financing services for small businesses in the head office of Ping An Bank in Shenzhen.

Now Ping An Bank has a new retail strategy and has put a new team together to execute it. But as the bank gears up its transformation, a police investigation into one of its senior executives still casts a shadow over its internal controls.

Several sources close to the investigation told Caixin that Liu, the assistant to the president and head of the bank's Beijing branch, was arrested by Shenzhen police on Aug. 2 during a meeting with the chairman. Liu's misconduct was detected by the bank and reported to the police, said a source close to Ping An Bank's management.

One source close to the matter said Liu is being investigated for alleged embezzlement related to the investment-banking business he oversaw.

Caixin learned from different sources that Liu and others set up a company to introduce clients to and provide financial advisory services for Ping An Bank's investment banking division.

An internal inspection by Ping An found Liu's company invested in four listed companies' private placements with money from Ping An's wealth management fund and loans. At the time of his detention, Liu and his partners had pocketed 40 million yuan in gains from one of these investments, according to the report.

Experts said Liu's case deserved attention because such arrangements were common in the banking industry. China's Commercial Bank Law prohibits banks from direct involvement in the trust and securities businesses, or investing in non-financial companies, so many banks set up special purpose vehicles (SPVs) to facilitate such businesses.

In most cases, banks invested their wealth management funds through the SPVs, which in turn partnered with other investors to jointly invest in share placements, privatizations, mergers and acquisitions and other fundraising projects of listed companies.

One bank executive told Caixin that in addition to investments, these SPVs also earn money from offering financial advisory services to other investors in the project. Part of the money goes into bank staffers' personal accounts.

It is often hard to determine the relationship between the SPVs and the banks from business registration documents. The two parties appear in contracts as business partners, said an executive at a joint stock bank's investment banking department. "Everyone is doing it," he said.

But that creates room for shady deals. "Wealth management funds invest in share placement to earn profit for customers, but now it has become a channel for illegal gains" for bank executives, said an executive at a state bank.

How effectively Ping An reforms its internal controls and rolls out its enhanced retail strategy will go a long way toward determining whether it will regain its previous enviable record of profitability.