By Shi Wushuang and Li Rongde 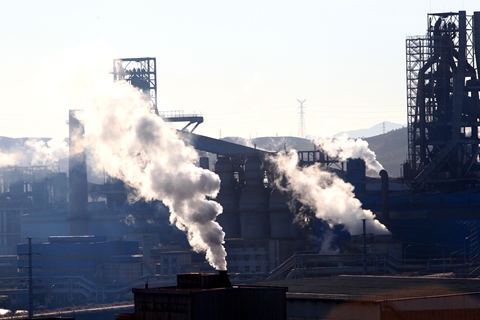 The Ministry of Environmental Protection's survey will cover public and private businesses and residential neighborhoods, and will evaluate the amount of pollutants emitted and wastewater discharged in 2017, the ministry said in a statement on Wednesday.

The Chinese government has pledged to curb emission growth by 2030 as part of its commitment to fight global warming under an international deal negotiated in Paris in December.

The survey will look at industrial and agricultural pollution to evaluate the effect of power generators and heavy machinery in rural farms and at construction sites, the ministry said.

The first national pollution survey carried out in 2007 assessed 5.9 million entities, including businesses involved in industrial manufacturing and farming, and residential neighborhoods. The survey found that they emitted 64 trillion cubic meters of toxic gas and discharged 209.3 billion tons of waste water that year.

Ministry officials will draw up detailed rules for surveyors to follow to address concerns over data manipulation, a problem that still plagues the official data system in China.