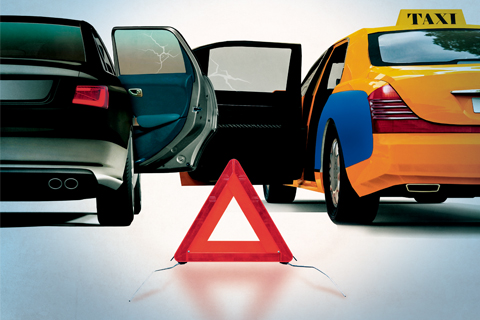 Since 2014, business has been booming for Jia as rapid expansion of the Internet-based ride-hailing sector resulted in an explosion of demand for the cars he leases to drivers. But regulators in the city now plan to require that all drivers have Beijing household registrations. That would slam the door on migrant workers from other regions, who account for more than 80% of the drivers working with Jia.

Local authorities in other cities are imposing similar limitations. It's a chilling development for the new ride-hailing industry after the central government in July gave it the green light. China became the first country to create a formal legal framework for a business that had operated in a regulatory gray zone for years. The central government left it to local officials to work out the details.

Ride-hailing companies continue to fight regulatory and legal battles in countries around the world as the business poses a threat to conventional local taxi enterprises. Britain and Australia have set strict restrictions for ride-hailing, while countries such as Germany, Spain and France have blocked services aligned with San Francisco-based Uber Technologies Inc. Some U.S. states and cities have also banned Uber, and the company is fighting dozens of lawsuits, according to its website.

In China, most of the 8,500 conventional taxi companies are backed by local governments. Taxi drivers in many cities have staged protests against ride-hailing, accusing the Internet companies of unfair competition, including heavy subsidies for drivers and deep discounts for riders. Critics also argue that the ride-hailing companies run de facto taxi services without being subject to the same regulations and supervision as formal taxi operators.

Beijing's Jia works with Didi Chuxing Technology Co., the dominant ride-hailing company in China with more than 90% of the market. Didi recently acquired the Chinese unit of Uber.

As Didi faces new limitations in cities across China, the policy uncertainties are likely to hurt the company's valuation as it prepares for a U.S. initial public offering in 2018, according to one industry expert. A round of fundraising earlier this year totaling $4.5 billion valued the company at $35 billion.

Jia's company manages more than 10,000 vehicles leased to Didi drivers. In addition to auto rents, his company earns fees from Didi for driver training and management. If the city's regulators implement their proposed requirements on local household registration, known as hukou, Jia says, his company will lose 40% of its revenue.

His business is part of a nascent industry that includes several internet companies besides Didi, thousands of car rental companies and 1 million drivers. Tougher rules looming in the biggest cities, including Beijing, Shanghai and Shenzhen, may force most cars and drivers out of the market, some experts said.

The rapid expansion of the ride-hailing business has shaken the long-established urban transportation market, posing unprecedented challenges to the regulatory system, said one transportation expert who asked not to be identified. This spurred regulators to float stronger measures in hopes of regaining control of the sector, the expert said.

While local regulators cite concerns about traffic and safety, industry experts said rigid new restrictions are a setback for urban transportation management that will restrain the development of the new business and hurt consumers.

As of June, Didi said, its 15 million registered drivers, many of whom work only part time, provided 14 million rides a day. Pre-merger Uber China, the second-largest player, said it provided 40 million rides every week.

Beijing and Shanghai, which released draft rules on Oct. 8 for public comment, set the most stringent requirements on ride-hailing services, stipulating that drivers be local residents and that vehicles be locally registered.

If adopted, those policies will sharply reduce the number of drivers eligible for the Didi platform and push up fares while reducing driver income, Didi said. In Shanghai, Didi has 400,000 registered drivers, but "fewer than 10% of the drivers and their vehicles can meet the requirements," said a Didi staffer who asked not to be named.

The Hangzhou regulation, which took effect Nov. 1, also requires drivers to have a local household registration or to be a tax-paying resident of the city holding a temporary residence permit for at least one year before registering with a ride-hailing company. The two other biggest cities, Shenzhen and Guangzhou, didn't set requirement on drivers' residency but listed rigid technical standards on vehicles such as size, age and emissions.

In Shenzhen, Wang Guoping runs a business similar to that of the Beijing businessman Jia, renting 190 cars to Didi drivers. The southern city's government proposed that cars used for ride-hailing must be less than 2 years old. That would disqualify more than 60% of Wang's vehicles. Shenzhen agreed to offer a two-year transitional period for ride-hailing companies to adapt.

The central government's July guidelines classified car-hailing platforms as "internet-booked taxis." Liu Xiaoming, vice minister of transport, said at a news conference that the ride-hailing sector aims to provide a "differentiated" service with better quality, not to compete directly with taxi drivers.

The central government statement fanned expectations that while it regulates ride-hailing, officials would advance market-oriented reforms for managing the traditional taxi industry. Taxi companies have long been known for inefficiency, reflecting rigid government control over fares and the number of vehicles.

However, Fu Weigang, executive director of the Shanghai Institute of Finance & Law, said local governments' draft regulations have shown little sign of such reforms. Instead, most local authorities are trying to put ride-hailing under the same old regulatory framework used for taxis, Fu said.

Some taxi companies have responded to the challenge of ride-hailing by setting up their own platforms to compete with internet companies. For instance, since September 2015, Shouqi Group in Beijing has been leasing or selling vehicles to drivers who register on its ride-hailing platform. As of Sept. 28, more than 10,000 drivers in 28 cities have registered with its platform. Dazhong Transportation Group, Shanghai's largest taxi company, also launched its own ride-hailing service in March.

It is unclear how the ride-hailing companies will cope with the new rules. But one staffer at Dazhong said that if the proposed rules are fully implemented, the company will have to drop all migrant drivers from its platform and increase fares, making ride-hailing more expensive than traditional taxi services.

A manager at an Internet ride-hailing company told Caixin that companies are negotiating with Beijing city authorities for a transitional period. Several other industry insiders said there is little hope of persuading regulators to make major changes in draft rules. The best that ride-hailing companies can do is to try for longer transitions and lenient enforcement.

As the unrivaled titan in the market, Didi faces the biggest challenges. At Thursday's meeting of the Ministry of Transportation on local ride-hailing regulations, Didi became the target of criticism for increasing subsidies to drivers and riders, Caixin learned from knowledgeable sources.

Didi President Liu Qing responded at the meeting that Didi is not ready to end discounts as doing so might upset its users.

Established in 2012, Didi has poured billions of dollars into subsidies to win market share, backed by investors that include Apple Inc., China Life and Alibaba Group Holding Ltd. The company has gradually reduced discounting after the merger with Uber China. But in the face of the looming pressures posed by the new regulations, Didi on Tuesday again raised subsidies.

In a June interview with Caixin, Liu said Didi will stop subsidies when drivers on its platform can get enough orders to make profit. But Zhou Hang, founder and CEO of smaller rival Yidao Yongche, has expressed concerns about Didi's subsidy-driven growth, saying drivers and riders lured by discounts are highly sensitive to price changes and will be difficult to retain without them.

The user base is crucial for Didi to maintain growth. In 2015, Didi made money in only about half of the 400 cities where it operates. According to company financial documents obtained by Caixin, Didi lost 12.2 billion yuan ($1.8 billion) last year with revenue totaling 2.6 billion yuan. Most of the company's revenue came from ride fares and advertising.

"Even without the new regulations, Didi has come to a challenging point for making profits," one of Didi's investors said.