By Chen Na and Li Huiling 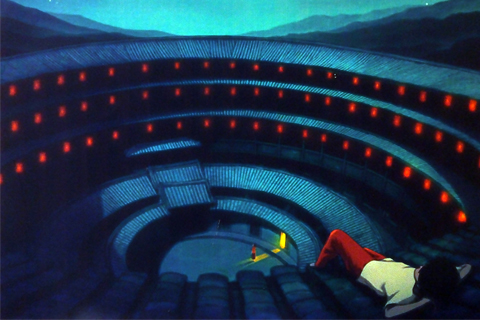 The new law, which took 13 years to formulate and will take effect in March, also decentralizes the approval process for films, allowing local reviewers to make decisions. All movies screened in China must pass a review by a censor, which can block the release of any movie considered objectionable or request that sensitive scenes be removed.

"It will make things easier if the central government delegates powers to provinces and cities," said a source inside a film production company who spoke on condition of anonymity. "However, each film will still need to get a screening license from (the national film regulator) before being released in theaters."

China's box office has grown at a breakneck pace over the last decade, as the nation adds thousands of movie theaters to cater to a growing middle class. Movie ticket sales grew by nearly 50 percent last year to 44 billion yuan ($6.5 billion), making China the world's second-largest box office and putting the country on track to pass the US in the next decade.

But foreign movies still account for about half of all proceeds, and are usually considered higher quality than local productions. The new law, adopted by the National People's Congress Standing Committee this week, also promotes development of the local industry by encouraging foreign tie-ups. The regulation of foreign films will continue to fall under the jurisdiction of an existing policy for that category.

The new law also takes aim at theater owners and distributors who inflate ticket sales, allowing fines of up to 500,000 yuan for such offenses.

Such box office inflation has become rampant among promoters eager to create buzz to attract moviegoers. The problem came into focus in March when the film regulator discovered a Beijing distributor held more than 7,600 "ghost screenings" and bought 56 million yuan worth of tickets after midnight for Ip Man 3, a martial-arts movie starring former heavyweight boxing champion Mike Tyson.

While the law cuts some red tape for film producers, it also reiterates the more-standard party line that movies should "promote socialist core values."

Some observers were also frustrated that the law did not create a nationwide classification or rating system, despite years of lobbying by producers and distributors. All films in China are required to apply for a release certificate that deems they are suitable for all audiences.