By Yang Yanwen and Doug Young 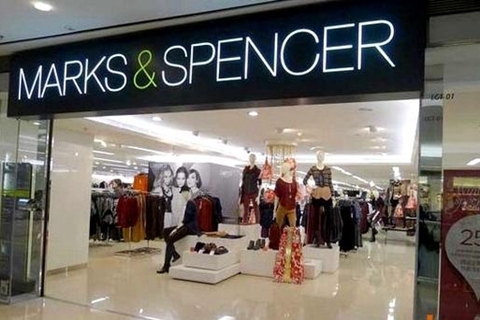 (Beijing) – British retailing giant Marks & Spencer will shutter its 10 China stores and lay off more than 400 workers, becoming the latest in a growing list of major Western retailers like Best Buy and Tesco to pull out of the difficult market.

The move is part of a broader retrenchment that will see Marks & Spencer also close 30 stores in its British home market while opening 200 food-focused stores as part of a shift away from the competitive clothing business, its traditional strength.

Marks & Spencer operates stores in both China's mainland and in Hong Kong. But while stores in the latter are profitable, its mainland operations have consistently lost money.

"In the future, China-based customers can continue to buy Marks & Spencer products online using platforms like Tmall and JD.com," the company said in an announcement, referring to China's two most-popular e-commerce sites.

The China withdrawal is part of a global pullback that will also see Marks & Spencer shutter 53 stores internationally, including half of its stores in France and all of its shops in other smaller markets, including Belgium, Estonia and Romania.

Marks & Spencer's move makes it the latest Western retailer to shutter its traditional retail shops in China after once holding out big hopes for the market that has seen explosive growth in e-commerce.