Closer Look: Can the American Model of Democracy Survive a Trump Victory? 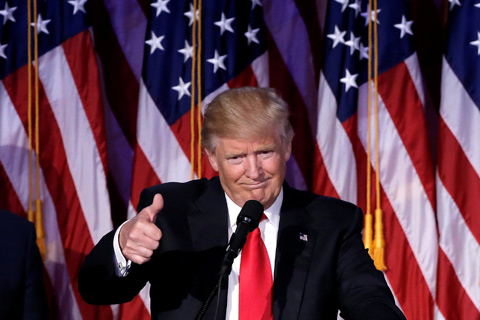 From Brexit to the U.S. presidential election, polls have missed the final outcomes by a long shot, reflecting a fundamental shift in the undercurrents shaping politics. Increasingly, politicians will reach out to the "silent majority" while casting aside norms held sacred by the establishment.

Liberal elites were forced to see that their view of reality was out of touch with that of others'. The world they live in had been insulated from harsher realities. Now these barriers have started to crumble, but a new order that could bring together these different worlds is yet to emerge.

Americans have grown weary of Democrats paying lip service to redistributing wealth to create a more just, equitable society. What they wanted was not a different arrangement of dishes for the rich, but to overturn the table so that everyone had a better chance of starting fresh. But the issue of redistributing wealth will remain high on the agendas of both parties, and it will resurface to take center stage again.

It's still too early to talk about what President-elect Donald Trump will do once he takes over. The policies he promoted on the campaign trail lacked substance and, at times, contradicted each other. At present, the only thing certain about him is his willingness to ignore boundaries. That's a double-edged sword, and we need to brace ourselves for the worst.

America has been gradually losing its soft power after the Iraq war. It has weakened economically, intellectually and morally over the past decade, resulting in the triumph of populism that swept Trump to victory in the elections. The era of convergence since the end of the Cold War where countries aligned themselves with the American model has ended. Increasingly many countries will pursue their own approaches to development, and this trend of divergence will accelerate.

This is not to say the American model has died. In the past, it has proved its resilience time and again. Will Trump destroy the system? Or will he be tamed by it and still be bound by its constraints? Whether American politics will continue to decay or will revive and thrive depends on the result.

Wang Shuo is the managing editor of Caixin Media.