Parents of 'Left Behind' Rural Children to Face Prosecution 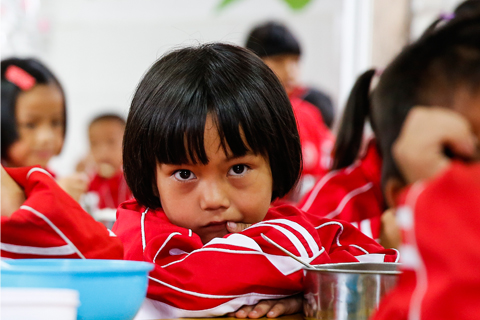 (Beijing) — Rural migrant parents who have left their children behind for extended periods could face criminal charges over their failure to provide adequate care, the Ministry of Civil Affairs said Wednesday.

The ministry announced a joint clampdown — along with police, judicial departments and the Ministry of Education — that targets rural parents who have virtually abandoned their children after leaving to find work in urban areas.

Parents who fail to provide their children with proper parental care for periods of six months and longer could lose their custodial rights at the request of their relatives, village officials or civil-affairs authorities overseeing child welfare.

Statistics from the ministry show that more than 9 million "left-behind" children either have both parents absent or one parent who was not capable of taking care of them.

About 670,000 of these children have been left to care for themselves although the majority of them are only 6 to 13 years old, the ministry said.

City-bound rural workers are often forced to leave their children behind as migrant families face barriers in accessing public services such as schools in the cities they reside and work in. Some low-paid workers in cities who are estranged from their spouses have provided little in the way of care and have not seen their children for years.

The plight of left-behind children was underscored by a tragic incident in Bijie in the southwestern province of Guizhou, where four siblings — one boy and three girls aged 5 to 13 — who had been left behind by their father and his estranged wife committed suicide on June 9, 2015.

Authorities later removed two township officials and disciplined several others for their negligence in connection with the children's suicides.

The Civil Affairs Ministry said that local authorities overseeing child welfare are required to come up with an action plan for child protection by the end of the year. Over the first nine months of next year, they must develop their own mechanism that enables care workers to spot vulnerable children in rural areas and migrant parents who have failed to support their children.

Before the end of 2017, regional authorities must put in place the necessary funding and human resources to develop a long-term child protection system.

Over 8.3 million rural children left behind by their parents are cared for by their grandparents or other close relatives, and 320,000 of them have not received adequate care and have dropped out of school, the ministry said.

Children are better off when their parents bring them along when they come to work in urban areas, as they can receive better support and easier access to schools, Du said during a previous interview with Caixin.