Liaoning Officials Called on Carpet Over Proliferation of GM Crops 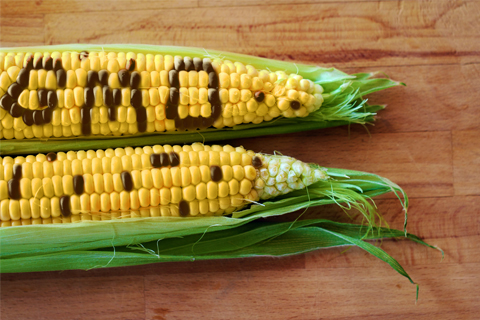 (Beijing) — China's Ministry of Agriculture said it summoned to the capital top agricultural officials from four regions, including Liaoning province, to discuss their failure to curb the illegal cultivation of genetically modified (GM) crops.

The session followed a report by Greenpeace China in January that said GM corn was widely grown and distributed in Liaoning, a major grain supplier for China, Agriculture Ministry official Zhang Xianfa told Caixin on Thursday.

A Greenpeace China survey of five rural counties in Liaoning late last year found 93% of corn produced in the region was genetically modified, the international advocacy group said in January.

Commercial cultivation of GM crops other than cotton and papaya is not allowed under Chinese law, according to Li Yifang, head of the food and agriculture campaign for Greenpeace. However, the level of contamination from genetically modified organisms (GMOs) in the production, supply and distribution is high in the country, he added.

GM crops, some of which are resistant to weeds and pests, are promoted, particularly by some small seed companies in China, to meet demand from farmers who want the high yields and economic benefits the GMOs bring, according to some industry analysts.

A lack of oversight of the seed market in China by authorities has also led to a growth in the GMO black market, according to Greenpeace.

Provincial agricultural authorities in Liaoning had said they looked into the accusations by Greenpeace and taken steps to clamp down on the problem.

However, the authority did not provide details over how it dealt with the problem, which prompted the Agriculture Ministry to call a meeting, according to Zhang, a ministry deputy division head overseeing GMO security and intellectual property rights. He did not say when the session took place.

Such sessions often involve a show of a ministry's disapproval of how local officials are handling an issue, followed by an order to fix the problem by a certain time.

Agricultural authorities said that elsewhere, they have uncovered 933 acres of GM corn in violation of government regulations in Fuhai county in the northwestern region of Xinjiang, and in Jingbian county, Shaanxi province, also in the northwest.

Crop farmers in Xinjiang and Gansui province in the northwest were ordered to destroy 167 acres of GM corn last year, according to the agricultural ministry.

But Zhang of the ministry said that illegal cultivation of GM crops in China remains more sporadic than widespread.