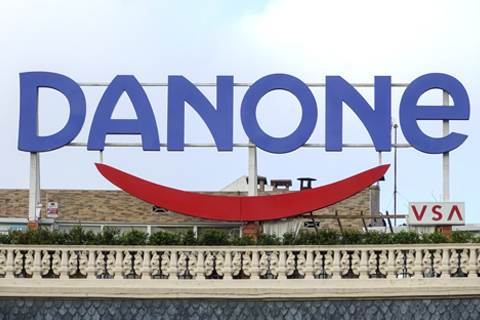 (Beijing) — French food and beverage giant Danone SA has sold its Chinese purified-water business to a local company as it shifts its strategy from fostering domestic brands to importing foreign products favored by local consumers.

The French company sold Robust Co. Ltd., based in south China's Guangdong province, to Win Holding, Danone said in a statement to Caixin on Wednesday. Based in the southern boomtown of Shenzhen, Win will take over the purified bottled water's brand and six plants across the country, Danone said.

"In order to build a strong sustainable business model, Danone has redefined the company strategy in the water business to adopt a more-focused approach on natural mineral water," Danone said in the statement.

Danone declined to comment on the value of the transaction.

Danone bought 92% of Robust in 2000, but the brand has struggled to secure a slice of China's bottled-water market, which is now dominated by domestic companies such as Wahaha and Nongfu Spring, said Song Liang, an independent industry analyst.

"Danone has been offloading Chinese businesses since late 2015 and now it focuses more on marketing, branding and importing its foreign products to China because they're favored by Chinese customers," Song said.

Imported foods and beverages have become favorites among Chinese consumers in recent years following a steady string of scandals involving tainted locally made products. That shift has provided a boost for foreign food brands, and has also fueled a similar boom in cross-border e-commerce.

After selling Robust, Danone will still sell three mineral bottled-water brands in the country, including its popular French brand Evian, which is named after the alpine town of Évian-les-Bains in southeast France, according to Danone's website. Despite costing seven times more than domestic brands, Evian is favored by the country's growing middle class, Song said.

Danone is one of a growing number of foreign companies giving up their China ventures as they lose share to local rivals. Late last year, the company sold its Dumex China baby-formula brand to Yashili International Holdings Ltd., a unit of domestic dairy conglomerate China Mengniu Dairy Co., for HK$1.23 billion ($158.5 million).