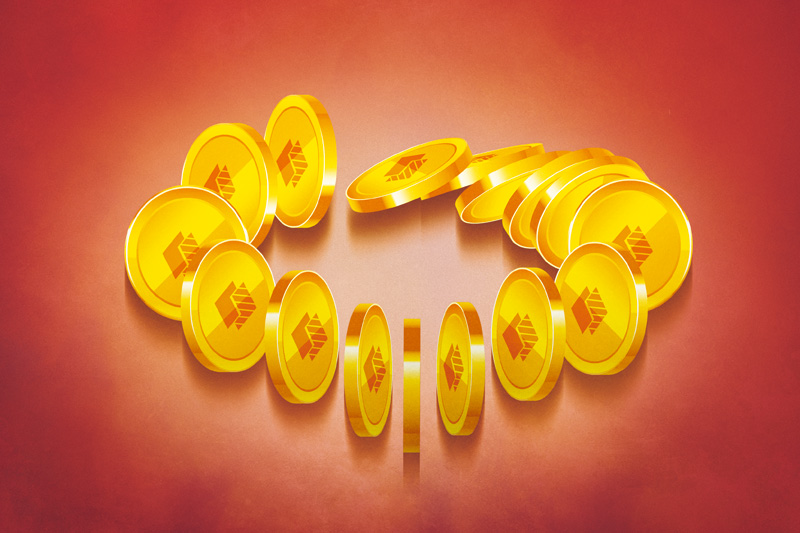 Hengfeng, also known as Evergrowing Bank, may have violated banking regulations or corporate laws, according to a Caixin review of company documents, interviews with a former president of the bank and others close to the organization.

Since May, the bank has been under media scrutiny after reports by several publications, including the state-backed newspaper China Times, China Industry and Economic News, and a news portal run by Tencent Holdings Ltd., said they received reports from an unnamed whistleblower accusing top executives of embezzlement. The attention set off a round of finger-pointing among executives and unveiled the bank's internal power struggles.

The whistleblower alleged that Chairman Cai Guohua and others misappropriated millions of yuan without board or shareholder approval, a charge later reiterated by the former president of the bank. Hengfeng has denied the reports

Adding to controversy surrounding the bank are billions of yuan in off-balance-sheet transactions between Hengfeng and its shareholders. Caixin investigations based on public and internal company documents and interviews with sources familiar with the bank found that enormous bank-operated wealth management funds and shell companies backed by bank executives complicate Hengfeng's ownership.

People close to the matter said Hengfeng's top executives went to Beijing in late October to explain to the China Banking Regulatory Commission (CBRC) why its shareholding structure changed so frequently. The commission did not launch any formal inquiry into the matter.

The commission ordered the Yantai city government, the largest shareholder of Hengfeng with a 19.4% stake at the end of 2015, to tighten supervision of the bank. The CBRC may also consider putting the bank under its direct oversight, according to these sources.

Established in 1987 as a bank wholly owned by the Yantai city government, Hengfeng was restructured in 2003 as a joint-stock bank with private ownership partners. Although it is expanding rapidly as one of only a dozen national commercial banks in China, Hengfeng is much smaller than better-known competitors such as Minsheng Bank, China Merchants Bank and Citic Bank.

At the end of 2015, Hengfeng's total assets were 1.06 trillion yuan ($154 billion), up 70% in just two years from 600 billion yuan at the end of 2013. The jump reflected the rapid expansion of off-balance-sheet interbank and wealth management deals, according to the company's financial reports.

Hengfeng's interbank assets — such as bank-to-bank loans and resale agreements of bankers' acceptances, bonds and bills — accounted for 70% of the bank's total assets at the end of 2015.

Between December 2013 and December 2015, the bank's investment receivables, including some interbank assets and wealth management plans, which carry lower-risk weightings under China's capital adequacy rules, surged from 304 billion yuan to 437 billion yuan. During the same period, Hengfeng's total issuance of loans grew from 200 billion yuan at the end of 2013 to 308 billion yuan two years later, company documents showed.

In 2015, Hengfeng reported 8 billion yuan in net profit on revenue of 23.8 billion yuan. According to the Shandong provincial government's financial department, Hengfeng planned to make an initial public offering in late 2020.

The Hengfeng drama began unfolding in May, when domestic media reported that several Hengfeng executives, including Chairman Cai, were accused of misappropriating more 50 million yuan without approval of the board of directors or shareholders. Hengfeng denied the reports in a statement.

The controversy escalated in September after a state newspaper quoted Hengfeng's former president, Luan Yongtai, who retired in June 2015, as saying that he was among the executives who received the money, and his share was about 21 million yuan.

In a September interview with Caixin, Luan said he accepted the money because he thought it was a retirement bonus. According to Luan, about 20 executives shared the 50 million yuan.

Hengfeng's management team responded by issuing a public letter with the signatures of all 11,000 employees, accusing Luan of corruption. Luan responded on his verified registered account on Sina Weibo, a Twitter-like service, that Cai "embezzled 380 million yuan … and controlled the bank through irregular means."

Hengfeng has yet to respond to Caixin's request for an interview.

Previously, Hengfeng had been at the center of another scandal involving top management. In October 2014, the Communist Party of China's disciplinary agency put former Chairman Jiang Xiyun, who retired in late 2013, under investigation on allegations of corruption.

Jiang was expelled from the party in January 2015, and his case is still awaiting a court hearing.

Shockwaves from the current scandal apparently pushed the bank's latest fundraising attempt into a dead end. In late September, Hengfeng submitted a plan to the CBRC to invite privately owned June Life Insurance Co. to be a new investor.

Several sources close to Hengfeng and June Life said the equity investment was designed to strengthen Hengfeng executives' control over the bank. In early September, June Life announced a plan to acquire 3.26% of Hengfeng for 1.8 billion yuan, while contemplating further investments.

Before that, though, Hengfeng arranged to invest 28 billion yuan in June Life in batches beginning in February, giving Hengfeng a 70% stake in the insurer. According to June Life business documents, the company's registered capital almost doubled to 6.25 billion yuan at the end of March compared with the end of 2015. The investments from Hengfeng strengthened June Life's balance sheet enough to make it a credible investor in Hengfeng, sources said.

Hengfeng's financial reports and fundraising documents obtained by Caixin showed that Hengfeng raised the 28 billion yuan for injection into June Life mainly from wealth management funds, with a set yield guaranteed by the bank. Such arrangements may have violated several industry regulations, including a ban on using borrowed money to invest in insurance companies and other rules regarding the use of wealth management funds, according to policy documents issued by the CBRC and China Insurance Regulatory Commission.

As Hengfeng came under closer media and regulator scrutiny, June Life changed its mind about the investment because of concerns over compliance risks, sources close to the insurer said. If the transaction falls through, Hengfeng will have to write off 800 million yuan in costs for raising the funds.

In early November, sources close to June Life told Caixin that the company decided to sell its stake to a new investor instead of Hengfeng, returning the 28 billion yuan to the bank. In a Nov. 17 telephone interview with Caixin, Zheng Yonggang, the controller of June Life, said the company "doesn't have any relationship with Hengfeng."

June Life is not the first company Hengfeng executives sought to use to shield their control of the bank through complex shareholding structures.

According to Hengfeng's documents viewed by Caixin, Shanghai Zuoji is a company jointly set up in January 2015 by the bank and Zhu's affiliate companies to hold part of Hengfeng's equity as requested by the Yantai government. By the end of 2015, Shanghai Zuoji held 7.63% of Hengfeng, making it the fifth-largest shareholder.

Caixin found from business registration documents that Shanghai Zuoji and a number of affiliated companies are registered under the umbrella of Shanghai Zuofeng Investment Management Co., of which Hengfeng chairman Cai owns 75%, with several other executives holding the rest.

Shanghai Zuoji has undergone constant shareholding changes and invited new investors over the past year. As of Dec. 25, the company's registered capital had jumped to 8.9 billion yuan from 647 million yuan when it was established in January 2015, with capital injections from a Shanghai-based fund manager and several Chongqing-based private companies.

Meanwhile, the registered capital of Jiangsu Huijin, the environmental engineering company, expanded from 508 million yuan in January 2016 to 16.6 billion yuan in April, as the company invited new investors, including another Shanghai-based wealth management firm and several Chongqing businesses.

The Chongqing firms that invested in Jiangsu Huijin and Shanghai Zuoji are owned by a businessman named Wang Yuqiang, an acquaintance of Hengfeng Chairman Cai, a person close to the bank and the Yantai government said.

Through these complicated and opaque transactions and capital flows, Jiangsu Huijin, Shanghai Zuoji and other enterprises are all holding Hengfeng shares on behalf of Hengfeng executives, said one legal expert. This person also questioned whether some of the deals violated corporate laws, such as Hengfeng's guarantee for the two fund management investors.

While working closely with Hengfeng executives to acquire stakes in the bank, the Chongqing businessman Wang and Jiangsu Huijin's Zhu are also major borrowers from the bank. According to Hengfeng's financial reports, Jiangsu Huijin was the bank's largest borrower in 2014 with outstanding loans of 1.85 billion yuan at the end of the year. The bank didn't disclose Jiangsu Huijin's lending total in 2015 but said its interest payments totaled 77.5 million yuan.

Zhu refused in a Nov. 15 interview with Caixin to comment on Jiangsu Huijin's borrowing from Hengfeng.

The opaque capital flows, implicit guarantees on wealth management products and enormous loans extended to shareholders have fueled concerns about Hengfeng's asset quality. Hengfeng said at the end of 2015 that the bank had 4.8 billion yuan in bad loans with an additional 10 billion yuan under special monitoring for possible risk of default. A person at the bank said that if off-balance-sheet assets are included, the bank may have 100 billion yuan of assets at risk of turning sour.

In a recent internal meeting, the bank's Chongqing branch reported more than 20 billion yuan of bad loans as of the end of September, the same source said.

Correction: This story has been updated to reflect that Hengfeng executives went to meet with banking regulatory officials in Beijing on their own accord, and that the CBRC did not conduct any formal inquiry into the situation.