By Yue Yue and Wang Yuqian 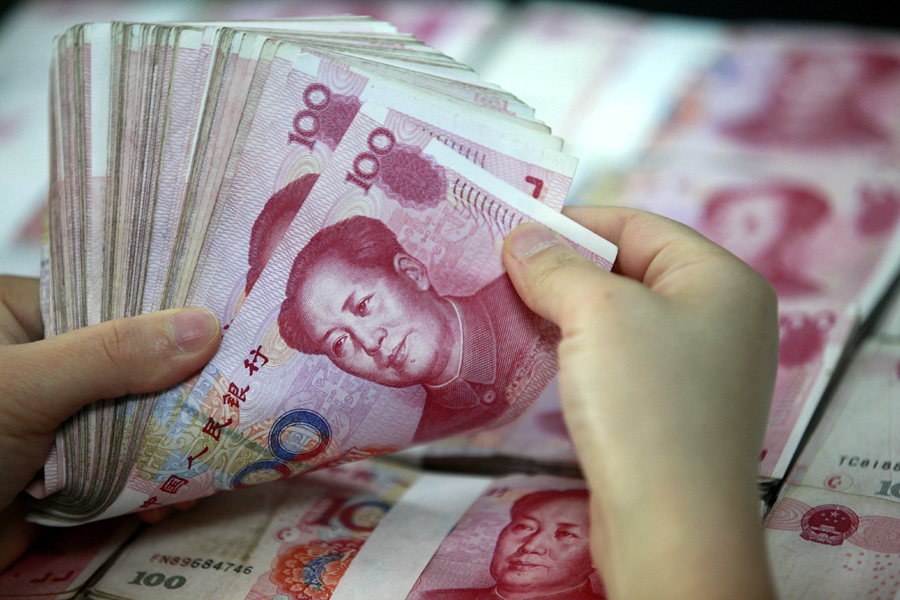 Previous government policies have mainly targeted foreign exchange outflows, mostly in dollars. Increasingly, however, companies have worked around those controls by moving yuan funds overseas and converting them into dollars in offshore markets, according to a research team at the China International Capital Corp. (CICC), an investment bank.

"Yuan outflows may have become an important channel for circumventing foreign exchange regulations," a recent report by the team pointed out.

The central bank wants to plug this loophole as part of a broader effort to curb the yuan's devaluation, a source close to the bank told Caixin.

It is considering, for example, discouraging banks from sending more yuan funds overseas than they bring back to the mainland through a system known as macro prudential assessment (MPA), according to the source.

The MPA mechanism aims to guide and influence bank business by gauging the risk implications of their operation from seven aspects, including capital adequacy, liquidity condition and foreign debts. It was designed to provide the central bank with tools that allow it to monitor and prevent risk that could threaten the whole financial system.

Banks that fall short of reaching the minimum required scores in the MPA matrix will face consequences, including receiving low interest rates on the reserve funds they store in the central bank.

But it's unclear when those consequences may actually take effect because the central bank currently is only collecting data on how banks perform against the standards, sources close to the regulator said earlier.

Under the proposed policy, banks will need to reconsider the costs and benefits of helping clients transfer yuan funds overseas because the rules for calculating the MPA score will be changed to factor in the net amount of yuan outflow that happens through a bank's system, according to the source.

The rules were designed to "encourage banks to do more business that will lead to yuan inflows and reduce activity that will result in outflows," a banker with knowledge of the proposed rule change said.

"This has a deterring effect on banks and will make them re-evaluate the ups and downs (of related business) no matter how strong the demand is and how much profit it may bring," the banker said.

Companies want to move yuan funds overseas because they think the yuan will continue to depreciate, but it's getting more difficult to hedge against that risk on the mainland due to tougher foreign exchange controls, according to the CICC's report.

From October, 2015, according to the report, Chinese banks paid on behalf of their clients 2 trillion yuan ($289 billion) more than they received in cross-border transactions. The net outflow was not absorbed by offshore yuan bank accounts, as it had usually been in the past, because the amount of offshore yuan deposits actually fell by more than 369 billion yuan during the same period.

The unusual phenomenon indicated that companies were postponing the conversion of yuan capital into foreign currency assets until they had moved the funds outside the mainland, the report said. This would nevertheless lead to a greater depreciating pressure on the yuan's value, just like an outflow of foreign exchange funds.

The yuan's onshore exchange rate against the dollar has fallen significantly over the past year, reaching its weakest level in eight and a half years last week. Meanwhile, the country's foreign exchange reserve has shrunk to $3.12 trillion in October from an all-time high of $3.99 trillion in June 2014, partly because the government needed to sell dollars for yuan in markets to prop up the yuan's value.