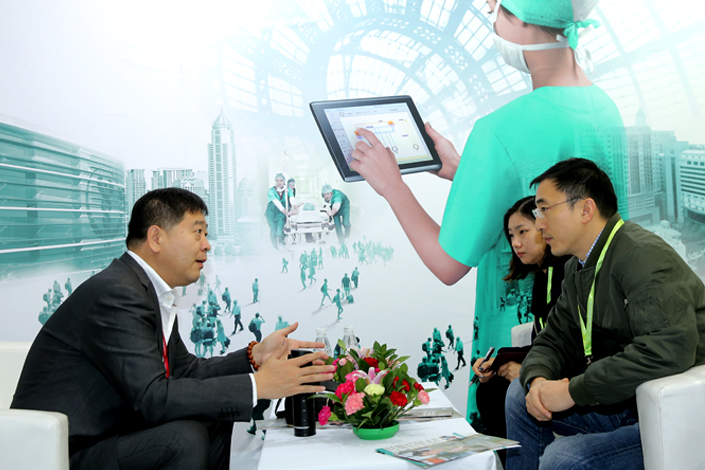 The operator of China's largest online booking platform hopes to tap that market with a new investment in medical tourism firm IVF USA, part of a broader trend of combining overseas travel with medical procedures like cosmetic surgery and treatments for more-traditional diseases and conditions.

Shanghai-based IVF specializes in five- to seven-day trips to its seven U.S. partner fertility clinics for Chinese couples seeking an in vitro fertilization (IVF) treatment, which help couples conceive when they can't do so through natural means. The company says its services have assisted with almost 1,000 births over the past six years.

"Ctrip's strategic investment is related to the new two-child policy," IVF USA founder Zhang Xin wrote on one of his company's social media accounts. "Families in China may now legally have two children, and many older women who want a second child but have difficulty conceiving naturally will turn to in vitro fertilization."

China's original one-child policy, which dates back to the late 1970s, was aimed at reining in the country's soaring population at that time. But as population growth stabilized and many couples said they didn't want large families, Beijing started relaxing the policy. Last year the government announced that all couples will be allowed to have up to two children.

The announcement of Ctrip's latest investment came just three days after co-founder James Liang announced his resignation as CEO, but he will continue to serve as executive chairman. Liang is known for his personal interest in demographics and boosting China's fertility rate. He regularly writes on the topic, and last year Ctrip reportedly offered interest-free loans to help its staff who had been fined for illegally having a second child before the two-child policy took effect.

Ctrip's investment in IVF USA is part of a growing industry that has increasingly wealthy Chinese traveling abroad for safer and higher-quality medical care than they can get at home.

Industry watchers were divided on the industry's growth potential.

Patients Beyond Borders, a U.S.-based publisher of medical tourism guidebooks, believes the global medical tourism industry will grow at a rate of 15% to 25% annually over the next few years. But Medical Travel Quality Alliance, a US accreditation body, said those figures are overly optimistic, and growth will probably be more modest.

Shanghai-based market research firm Hurun Report said in its 2015 Chinese Global Citizen 1.0 report that 60% of the Chinese high-net-worth individuals surveyed had taken part in medical tourism. About 60,000 Chinese nationals receive medical treatment at overseas facilities each year, according to a recent report by national broadcaster CCTV.