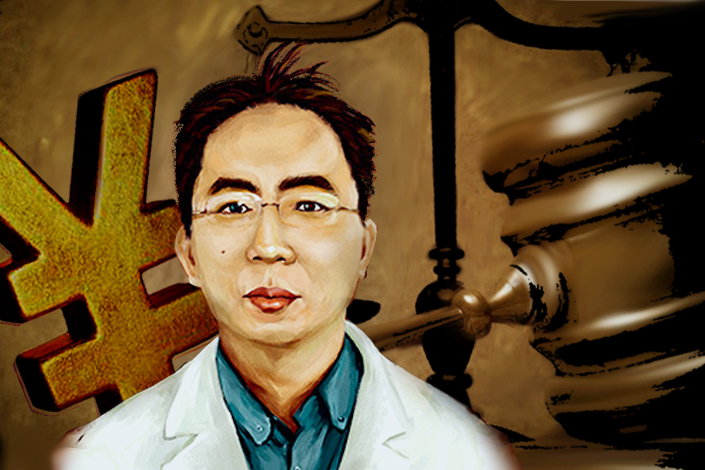 (Beijing) — A high-flying private-fund manager is being tried today in Qingdao, Shandong province, on a charge of stock market manipulation involving billions of dollars.

Xu Xiang, the 40-year-old founder and general manager of the Shanghai-based asset management firm Zexi Investment, and two other investment firm managers are accused of conspiring with 23 senior executives of 13 listed companies beginning in 2011 to make illicit profits. They are charged with manipulating share prices through the way in which they issued positive news about companies and through large-volume purchases — all in a bid to lure retail investors to follow suit. The executives then sold their stock and split the profits with the fund managers.

Sources told Caixin that more than 40 billion yuan ($5.8 billion) was involved in the alleged illicit trading, and that profits ran into the billions of yuan.

Xu's case is being watched closely not just because of the large amount of money involved, but also because it is the first criminal case in China in which stock prices were manipulated by orchestrating the disclosure of company information, industry sources said. Conviction could result in a prison term of up to 10 years, according to the country's Criminal Law.

A senior criminal defense lawyer told Caixin that Xu is likely to get five to 10 years in prison if he is convicted on the facts that have been disclosed about the case.

Another lawyer said: "Stock market manipulation disturbs market order and cause losses to investors," and that those convicted "usually faced administrative punishment but rarely criminal charges."

Market and company public documents showed that Xu's Zexi Investment issued at least 20 fund products, raising nearly 20 billion yuan by September 2015. It is unclear how many investors put money into the products.

In September 2015, Zexi was listed as China's most profitable fund manager with an average increase in value of 218 percent for the first three quarters of that year. That was far more than the second-most-profitable player, Shen Zhou Mu Fund, which went up 94 percent, according to market analysis website licai.com.

Xu was detained in November 2015, and Qingdao prosecutors indicted him on Nov. 10, according to official Xinhua News Agency. All 23 executives involved are also under investigation, sources said.