Gree Power Woman Dong Battles to Save Her Legacy

By Coco Feng, An Limin, Wang Qionghui and Lin Jinbing 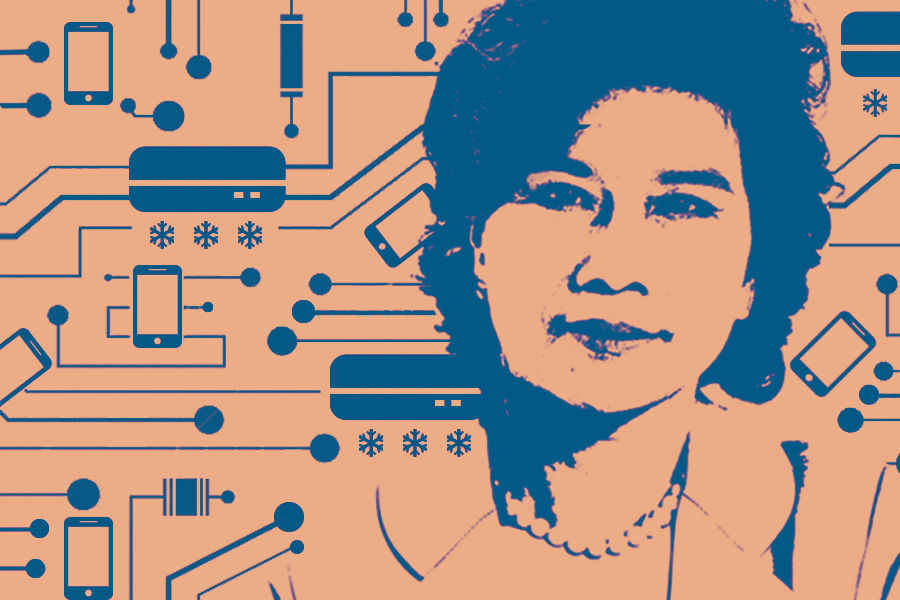 (Beijing) — Hundreds of workers marching in military fatigues as loudspeakers blare shrill instructions — since 2013, this has become a recurring scene at the annual staff gathering of China's largest maker of home air conditioners.

Putting thousands of workers through military drills is how Gree Electric Appliances Inc. Chairwoman Dong Mingzhu instills what she calls "iron discipline" and loyalty among her staff.

Dong, 62, who once aspired to be a soldier herself, is a rarity in China's business world — a self-made woman who hasn't ridden on the coattails of a husband or had a head start because of her family connections. Many say it was her legendary toughness that allowed this single mother to rise from the ranks of an air-conditioner saleswoman to the president of Gree in just 11 years. Her tenacity also turned this once-obscure air-conditioner factory in Zhuhai, in southern China, into a Fortune 500 company.

"If there was no Dong Mingzhu, there would not be Gree," Dong said at a recent Caixin interview.

Gree's annual net profit at the end of 2015 was 46 times the figure in 2001, the year she took over as president, although the company has hit a few bumps in recent years.

But Dong runs the company like a dictatorship, "where one person has the final say on everything," a Gree distributor in the southwestern city of Chongqing said.

And in recent months, this Miss-Dong-is-never-wrong school of management has put her in the crosshairs of both shareholders and authorities. In late October, small investors weary of Dong's recent wild expansion binge rejected her proposal to acquire a little-known electric-car maker for 13 billion yuan ($1.9 billion). This was the latest setback to Dong's plans to diversify Gree's income streams away from the cooling air-condition business. Last year, Gree made a smartphone that went unnoticed, and a few years earlier, her attempts to open a commercial bank in Zhuhai failed to take off.

Dong blasted investors who said her bid for Zhuhai Yinlong New Energy Co. was overpriced, saying, "The more Gree gives you, the more gleeful you become and the more talkative you become!"

This ugly spat, which went viral on Chinese social media, also opened up an old feud between her and the government regulatory body overseeing the management of SOEs.

The State-Owned Assets Supervision and Administration Commission of Zhuhai quietly removed her from the helm of Gree's state-backed holding company, Gree Group, days after the incident.

The regulator told state-run Xinhua News Agency that the change was a "routine one." But industry watchers say it was an attempt to cut Dong down to size for not being "too pliable." Dong remains the chairperson of Gree's listed electronic-appliance-making arm.

A 'Game of Chess'

Dong has been fiercely guarding the company against state interference for over a decade, but she lacks the political connections of her predecessor, a government appointee, to smoothen out differences in opinion, said an equipment supplier working closely with Gree who gave only his surname, Wang.

Dong is not a cardholding member of the ruling Communist Party. She belongs to one of the eight legally recognized minor political parties, the China National Democratic Construction Association, and it was her well-connected predecessor, Zhu Jianghong, who ensured that this would not turn into her Achilles' heel as she quickly rose through the ranks of Gree.

But in 2012, when Zhu stepped down, Dong lost the mentor and father figure who sheltered her, Wang said. And when shareholders voted her Zhu's successor to head Gree's listed appliance-maker in 2012, instead of picking another government-backed candidate, authorities were caught off-guard.

To ensure she had majority backing in case of another reshuffle, Dong put herself into the limelight, creating a personal brand that became synonymous with the company's brand, Wang said.

Dong has also doggedly worked toward reducing the influence of the state-backed parent on the company's listed arm for a decade while still serving as Gree's president.

In 2006, the year she published her second autobiography, Regretless Pursuit, Gree Group's shares in its listed subsidiary fell by nearly half, from 40% to 22%.

In both her published autobiographies, she has compared her career moves to playing chess, which requires both strategy and courage.

It is this courage — or what some see as brashness — that has ruffled authorities. She has publicly criticized SASAC for meddling in companies when they were making a profit and abandoning them when they were struggling. In a rare move, she also sued the Finance Ministry in the southern city of Guangzhou for selecting a higher-priced competitor to supply air conditioners to a local hospital in 2010.

Running out of steam?

It was also her "courage" that led to Dong's much-publicized $1 billion dollar bet with Xiaomi Inc. founder Lei Jun in 2013. She pledged to beat the hot startup — considered China's Apple Inc. at the time — in terms of revenue by 2018.

But air conditioner sales have slumped since 2013 after a national subsidy program ended. This was followed by three cooler-than-expected summers, hurting sales further. This prompted Dong to enter the overcrowded smartphone market, going head-to-head with the likes of Xiaomi.

She used her own larger-than-life persona to promote the phones last year with an image of her — in a sky-blue blouse and white blazer — beaming at users when they switched on their devices. Although Gree flirted with the idea of pushing into the emerging area of Internet of Things, allowing users to control smart appliances with their phones, it failed to make a splash. The company has never announced how many Gree phones were sold. And Dong brushed aside a question on phones sales during a video interview with Caixin in September, saying only that they were "indeed limited."

With retirement looming, Dong is under pressure to find alternative income sources for Gree or face the possibility of being gently nudged out, some analysts said. Gree's revenue for the year ended December plunged 29% to 97.7 billion yuan ($14.2 billion), while its biggest domestic rival, Midea Group, which had diversified earlier, was on the march. In August, Midea completed a $5 billion acquisition of German industrial robot manufacturer Kuka.

The troubled appliance maker has also become the target of predators that are waiting to pounce on a wounded beast. Gree's shares shot up as much as 10 percent on Nov. 30 after Foresea Life Insurance, a unit of Chinese financial conglomerate Baoneng, rapidly built up a 4.1 percent stake in the company.

But Dong is a seasoned captain who has steered her ship through choppy waters many times.

In 1995, when Dong was appointed to the lead Gree's sales team, a major rival Huifeng Air Conditioning had just lured most of the experienced hands with higher commissions. She decided to take on the promotion, although it slashed her annual income by 90% because she would no longer be entitled to commissions, Dong told during her recent Caixin interview. That year, she singlehandedly added 2.4 billion yuan to the company's revenue, selling a luxury product to urban households whose annual average disposable income was about 4,300 yuan.

At a time when her male counterparts were securing deals with distributors by handing out bottles of fiery Maotai, Dong pushed ahead with a profit-sharing model, setting up joint ventures with local distributers, a first for a Chinese manufacturer.

This reputation of a hard seller has clung to her all these years. Celebrity talk-show host Chen Luyu said that during a luncheon at Gree's canteen, Dong kept on talking about the soft rice in their bowls, which could only be made by Gree rice cookers.

But behind this aggressive public persona hides another, more-pensive woman. "If there was a chance to get back to a specific moment in my life, I would like to return to the time when I was with my son in Nanjing,"she said during a talk show hosted by Chen in September.

"Back then, I used to carry my son on my back during the four-hour long daily commute because I didn't want to put him on the backseat of a bicycle, fearing he might catch a cold," Dong said.

She decided to leave her 8-year-old son in the care of his grandmother when she moved to Zhuhai in search of a better-paying job in 1990, six years after the death of her husband. Her job as a clerk in a chemical engineering plant in Nanjing, in Jiangsu province, had barely prepared her for the cutthroat competition at one of China's first industrial zones opened to foreign investors.

Despite being used to the harsh lights of TV cameras and public scrutiny, Dong usually brushes aside questions about her personal life. "People feel sorry for Dong Mingzhu who is busy with work all the time, while they can play mahjong," she said in a 2013 talk show. "But I pity those who can only play mahjong."

But three years later, in another TV interview when probed about any personal regrets, she said softly, "my biggest regret is that I was not with my mother during her last few days in this world."