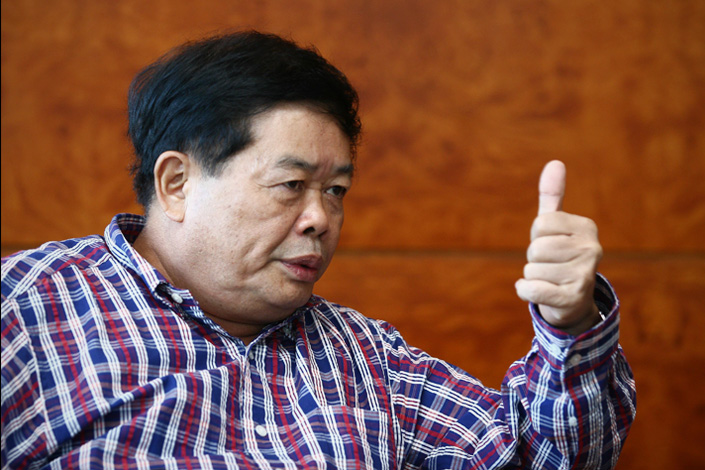 At the same time, Chinese manufacturers that want to become true world leaders must also expand overseas to be closer to their customers and make themselves part of the global supply chain, said Cao Dewang, chairman of Fuyao Glass Industry Group Co. Ltd., China's leading supplier of automotive glass.

Cao has found himself at the center of a heated debate this week over his $1 billion investment, made in two stages, to build manufacturing bases in the U.S. states of Ohio and Illinois. Some are questioning Cao's decision to invest so much money outside his home country, where Fuyao controls 70% of the market and supplies local operations of such names like BMW, Audi and General Motors.

"I'm not running away," Cao said when Caixin caught up with him on a trip to Europe, where Fuyao also has a glass-making plant in Russia.

Despite his stated position, Cao did have some suggestions for how China could make itself more attractive for traditional manufacturers like Fuyao, many of whom are getting squeezed by rising labor costs and high taxes. He also criticized his country for too quickly abandoning its traditional manufacturers in a bid to move up the value chain by focusing on higher-end products and services.

He likened that choice to abandoning "real" producers for "false" ones — likely referring to sectors such as new energy, virtual reality and financial services. This is putting pressure on transforming the economy when the latter group can't make up for falling productivity from the former.

"What we should be talking about now is looking to real industries to rescue the country," Cao said.

He said one way the government could assist traditional manufacturers like Fuyao would be to decrease infrastructure spending. Beijing has turned to heavy spending on projects such as railroads and highways to support the economy during its recent slowdown. But Cao said such projects employ the same low-skilled workers that traditionally went to manufacturers, raising labor costs for everyone.

He said the government could also reform the current tax system to make China more business-friendly for small and midsize manufacturers by raising income taxes and reducing value-added taxes, for example.

At the same time, Cao also said that investing overseas is also a requirement for any Chinese manufacturer with global aspirations since such suppliers must try to be close to their customers.

"If I'm manufacturing in China and get an order from the U.S., it adds a whole delivery link to my process," he said. "The customer will worry about if I'm shipping by sea, air or rail. If there's a tsunami or typhoon, they'll worry if I can get the goods there on time. People in the auto industry will worry about these kinds of things."