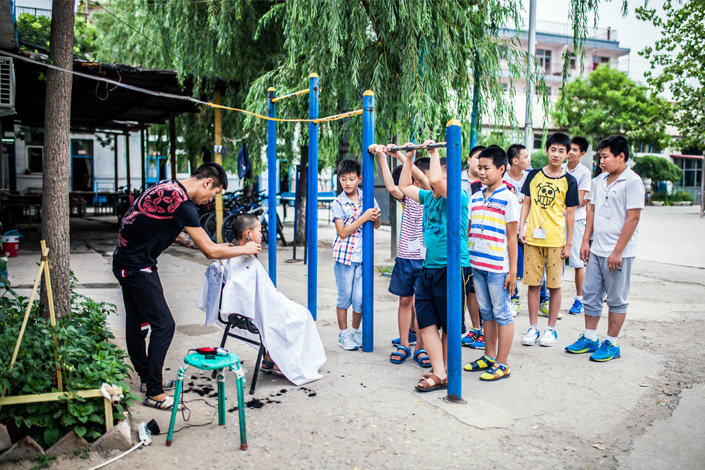 A teacher cuts a student's hair while other students wait outside their school, which caters to migrant workers' children, in Beijing on July 15, 2015. Photo: Visual China

(Beijing) — Students studying at migrant schools in China’s capital lag far behind local youths at college admission, according to a five-year study by a Peking University research team.

The survey — which tracked 1,498 eighth-graders at 50 migrant schools in Beijing from 2011 to 2015 — found that only 88, or less than 6%, entered universities via the national college entrance exams compared with at least 60% of students at local public schools in the city.