By Yang Ge and Chen Mengfan 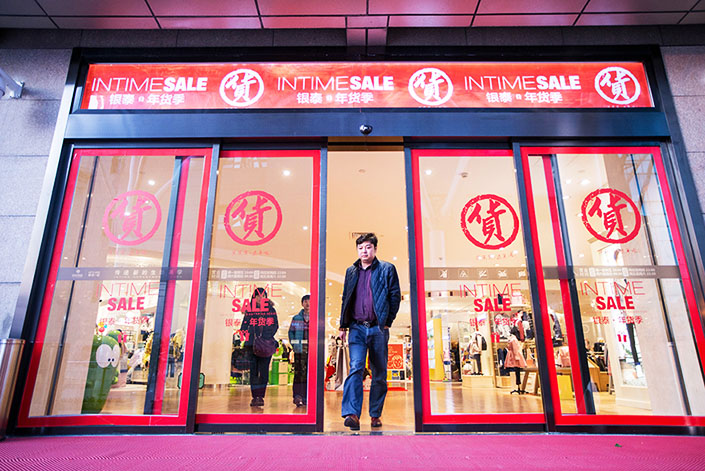 Department-store operator Intime Retail (Group) Co. Ltd. has announced it will privatize and that Alibaba will become the majority owner. Photo: IC

The move comes after disappointing results at Intime following an initial equity tie-up by the pair more than two years ago.

A management-led group funded by Alibaba has offered to buy all of Intime’s shares for HK$10 ($1.29) each, representing a 42% premium over the stock’s last closing price, Intime said in a statement to the Hong Kong Stock Exchange on Tuesday. After the deal, Alibaba’s stake will increase to a majority 74% from the current 28%, according to the statement.

Intime shares last closed at HK$7.03 when trading was suspended late last month pending an announcement. They jumped to about HK$9.50 when trading resumed on Tuesday morning. At its current market value, Alibaba’s 74% stake would be worth about $2.5 billion.

Intime’s business centers on traditional brick-and-mortar retail, including 29 department stores and 17 shopping malls in major Chinese cities. When they first announced their tie-up in 2014, Alibaba and Intime were hoping to leverage their complementary strengths in online and offline retail to boost each other’s business.

But the hoped-for benefits had yet to appear in Intime’s latest financial report, which showed the company’s revenue was flat in the first half of last year as profits slid 21%.

As Intime’s business has stalled, the company’s shares have also performed poorly. Before the privatization plan was announced, the share price of HK$7.03 was about 20% below the stock’s all-time high, when the initial tie-up with Alibaba was announced in 2014.